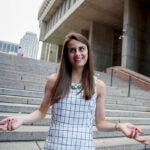 But after the Crimson defeated Boston College, 74-66, at Conte Forum recently, the significance of the win crept in as his players crowded around the coach in the locker room, jumped up and down in celebration, and rewarded the man who leads this Harvard program.

With his 179th victory at Harvard, Amaker passed Frank Sullivan (1991-2007) for the most wins by a Crimson men’s basketball coach. Amaker reached that record in only nine-plus years, and he’s heard from former players and coaches who took part in each triumph.

“When we do get a chance to potentially reflect on this year or significant moments, I do think this obviously will rank there with other things that hopefully we will have a chance to be a part of,” Amaker said in an interview. “I’ve been blessed enough to have a few of those in the past. I’m proud of that. That will probably be the word that will come to mind right away: proud.”

Coaching wasn’t really part of the equation when Amaker was a younger man. The former Duke standout point guard wanted to play — just like several of his former players, such as Jeremy Lin, Wesley Saunders, Brandyn Curry, Keith Wright, and Kyle Casey, are continuing to do — at the professional level.

Yet once his playing days were over, the game did not leave him. Instead he decided to take a bench coach position at his alma mater, and stay in the game by teaching it.

“Being the point guard that he was and being the floor general, you could kind of see that that was the natural progression for him,” said Central Florida head coach Johnny Dawkins, who played with Amaker at Duke. “He’s embodied that with what he’s done with the sport of basketball at Harvard, and I’m just really proud of what he’s done with it. Knowing Tommy, these young men are his family.”

Amaker turned from successful assistant under legendary Duke coach Mike Krzyzewski to head coach at Seton Hall and eventually to Michigan. He won more than 20 games in three of his final four years at Michigan, but was ultimately let go at the conclusion of the 2006-07 season. 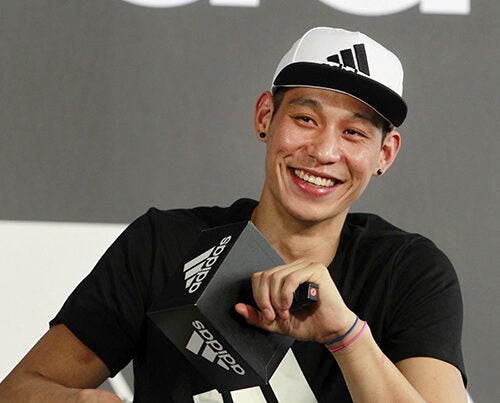 Amaker has won at least 20 games in six straight seasons, and his Crimson have appeared in four NCAA tournaments and won five Ivy titles. There were other opportunities after leaving Michigan, but Amaker said nothing compared to the challenge of coming to this campus.

“This was the next position, but being very honest this was the only position that made my heart beat at a little different pace, because of the brand and the aura of Harvard,” Amaker said. “I think it’s one of those magical brands, and I’m very lucky to represent it. The vision we had for the program was to see if we could provide something here that would be worthy of the brand of Harvard itself. It was very powerful for me.”

Having a wealth of accomplished people from different walks of life on campus isn’t lost on Amaker. He consistently asks professors and others from Harvard to come speak to his team. He preaches to his players to have passions outside of basketball. And he’s seen those develop, whether in Corbin Miller, who left school to pursue a Mormon mission, or Zena Edosomwan, who traveled to China for a summer of teaching kids about life as well as basketball. Amaker has always told his players to appreciate the opportunity they have in front of them.

“I can’t tell you how much of an honor and a privilege it is to be on this campus and to represent this campus,” Amaker said. “To interact and engage with people who are so willing to offer their wisdom and their knowledge, that’s the thing that really strikes me. I’ve been really, really amazed at that side of who we are and what we have here on our campus. Obviously we have incredibly talented, extraordinary people. But then you add the humility and the willingness to teach others. That’s why it’s a distinct, special environment that we are proud of.”

The celebrations and the talk of passing records are quickly in the past for Amaker. The goal is to make new ones. The team has won three straight games, and the Crimson season continues on Dec. 23 in Houston. Where the program goes from here is what will consume Amaker. He rarely looks back, and only allows time for reflection when the task at hand is complete or if there is a brief moment to do so.

Now he’s on the hunt to improve and to set taller goals for a program that didn’t have the accolades it does now.

“We really feel: Why can’t we do more? Why can’t we go further? What would keep us from being a team that could potentially reach a Final Four? What would be the reasons why we couldn’t? And we haven’t come up with anything yet that, for me, would say this is why we can’t,” he said. “We have a saying here at Harvard, and we believe it in, and it’s that ‘Anything can happen here.’ We’ve seen that in so many different pockets of our campus community, and basketball is now included with that.

“We are striving to be the best that we can be. We feel that if we can do that at Harvard, we can ultimately be the best there is.”