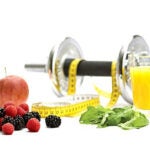 ‘DNA is not destiny’

Harvard University has completed a license agreement with Magenta Therapeutics, a startup company recently launched in Cambridge, for a portfolio of technologies with the potential to transform blood stem cell transplants from a “treatment of last resort” into a safer, more efficient therapy for patients with blood diseases and immune disorders.

To date, even at the cutting edge of hematopoietic (blood) stem cell transplantation, the severe side effects and mortality risk involved in conditioning — preparing patients for the procedure — have been major obstacles to expanding access to this life-saving treatment. Recent scientific advances in conditioning and new methods for harvesting and propagating donor stem cells could offer a new approach.

“This suite of technologies could be game-changing for hematopoietic stem cell transplantation,” said Vivian Berlin, director of business development for the OTD. “Placing these technologies under one roof in a venture focused solely on transforming the field of transplantation provides the highest probability that they will result in therapies that improve the lives of patients.”

The foundational technology was developed in the lab of David Scadden, whose laboratory at Harvard and MGH studies the biology of hematopoietic stem cells (the cells in bone marrow that give rise to red blood cells) with a long-term goal of understanding how the corruption of these cells can give rise to leukemia.

“We’ve been very interested in understanding the basic biology of those processes, always with an idea that by so doing we might be able to find ways to come up with new biologically driven therapies,” explained Scadden, the Gerald and Darlene Jordan Professor of Medicine and professor of stem cell and regenerative biology at Harvard, and director of the Center for Regenerative Medicine at MGH. “The idea that we could improve regeneration of the blood and the immune system through transplant is something that’s been an area of emphasis for a number of years — really for most of my career.”

At Harvard, Scadden also chairs the Department of Stem Cell and Regenerative Biology and is co-founder and co-director of the Harvard Stem Cell Institute.

“Hematopoietic stem cells have the remarkable ability to develop into all cells in the blood and immune system, and have been used to transplant over 1 million patients in the past 50 years,” said Jason Gardner, Magenta’s chief executive officer, president, and co-founder. “Technical and scientific hurdles have relegated stem cell transplantation to a last resort for deadly diseases today, but new science has emerged that can be advanced to the clinic that could fundamentally open up this powerful medicine to patients suffering from earlier-stage cancers, bone marrow failure, and a large set of aggressive autoimmune diseases, including multiple sclerosis and scleroderma.”

A suite of key research advances

To perform a hematopoietic stem cell transplant in a patient in great need, clinicians currently use chemotherapy and radiation to eliminate the patient’s own stem cells before introducing the donor’s cells. This type of conditioning regimen works by destroying DNA, inflicting a great deal of what Scadden has called “collateral damage,” so it comes with serious short- and long-term side effects. Because of those risks, clinicians typically reserve the treatment for only the most desperate patients with cancers and advanced-stage diseases.

However, in a June article in Nature Biotechnology, members of Scadden’s lab, led by Harvard/MGH postdoctoral fellow Rahul Palchaudhuri, along with Boston Children’s collaborators Derrick Rossi, an investigator in the Program in Cellular and Molecular Medicine, and Agnieszka Czechowicz, a pediatric hematology/oncology/bone marrow transplant fellow, achieved a significant breakthrough. The research team demonstrated a nontoxic transplantation procedure in mice that used antibodies, rather than chemotherapy and radiation, to specifically target only the blood stem cells. They showed that it successfully removed more than 98 percent of the targeted cells without inflicting the typical side effects.

Studies to understand the biological principles were enabled by grants from the National Institutes of Health (NIH). Harvard’s Blavatnik Biomedical Accelerator then provided the lab with financial support and resources to achieve the proof of concept.

“That was fantastic,” said Scadden, “because it enabled us to do the necessary studies to demonstrate this as a feasible approach and get the sufficient depth of information that it could both be published and be recognized as a path forward for application to patients.”

Meanwhile, Scadden’s lab also made important advances in the way donor cells are selected, harvested, and prepared for transplant.

“For people to donate stem cells, there are two major options,” he explained. “You can go to the operating room and have general anesthesia and have a needle put into the pelvis tens of times, and that’s difficult. The other option is to take a medicine for about a week and go to the blood bank and have the stem cells withdrawn from your blood.”

Instead, members of Scadden’s lab, led by Harvard/MGH postdoctoral researcher Jonathan Hoggatt, have developed methods to rapidly mobilize cells from the bone marrow to the blood so that they can be harvested that same day.

“The donor could go to the blood bank, get the medicine injected, be hooked up to the machines, get the blood stem cells withdrawn, and off they go,” Scadden predicted. The quality of cell appears to be higher, too, he said, adding, “When we do this strategy of mobilization, we are acquiring what we think is an overachiever stem cell — what we call a highly engraftable stem cell.”

Initially funded in part by the NIH and by a corporate partner, aspects of that work were then developed further with a grant from the Massachusetts Life Sciences Center.

“A lot of credit goes to the taxpayers of Massachusetts and the leaders of the state that put that all together,” Scadden said. “Between the Harvard community and its breadth of connection to both inspired philanthropists like Len Blavatnik and interested biopharma partners and then our own state, it was a great set of partnerships. Their support, from early on, brought our work to the point where it could be attractive to the venture capital founders who are now going to give us the opportunity to really test it and see if we can make a difference for people.”

“There has been terrific innovation in stem cell science recently, and it is time to bring this forward to patients,” said Magenta’s Gardner.

“We’re all hopeful that it will result in some people having a better life because of it,” Scadden said. “In the meantime it’s hopefully employing people, it’s driving the science forward, it’s creating new businesses in Massachusetts, and I just think all of that is reflective of the fantastic ecosystem here that Harvard plays such an important role in.”

“I’m particularly pleased for the people who were really in the trenches doing the work, who were the source of all the good ideas and doing all the heavy lifting to get it done,” Scadden said. “I think it’s really tremendously rewarding for them as well. It’s the greatest thing possible to have it move to this level.”