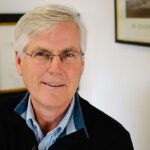 The Football Players Health Study at Harvard University released a set of recommendations today on issues affecting the health of National Football League (NFL) players. Among its major recommendations, the study said that club medical staffs should not have divided loyalties between players and clubs.

The study also suggested further research into the health effects of playing football, and said that health care improvements should never be a bargaining chip in negotiating sessions between the NFL and the players union.

A research initiative composed of data from several ongoing studies, the report, which is nearly 500 pages long, is based on an analysis performed over two years by researchers from The Petrie-Flom Center at Harvard Law School. It’s the first comprehensive analysis of the legal and ethical obligations of groups influencing NFL players’ health.

The report reviewed and evaluated the roles of 20 relevant stakeholders, including the NFL, the NFL Players Association (NFLPA), players, and team doctors. The report made 10 major recommendations, and 76 in all.

This report recommends that responsibility for player health should fall upon a diverse but interconnected web of the groups involved.

“Our report shows how the various stakeholders might work together to protect and support NFL players who give so much of themselves — not without benefit, but sometimes with serious personal consequences — to one of America’s favorite sports,” said Glenn Cohen, professor of law at Harvard Law School and co-lead of the law and ethics initiative as part of the health study.

“We are committed to addressing the needs of ‘the whole player, the whole life,’” said Alvaro Pascual-Leone, professor of neurology at Harvard Medical School and research director of the study. “As a physician, I know we must take an interdisciplinary approach to address important ethical and structural factors. This report elucidates many valuable points that we hope will lead to productive dialogue.”

“This report offers vital recommendations to improve player health,” said Ed Reynolds, a former linebacker with the New England Patriots and New York Giants and an adviser on the study. “Many individuals and groups are involved, and we must continue this important dialogue to help keep NFL athletes healthy on the field and long after.”

In the coming months, the law and ethics initiative will release several additional publications that cover other legal and ethical issues affecting NFL player health.