Helping the homeless, in high school and college 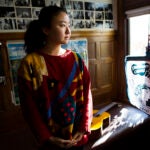 For Sam Greenberg ’14, the Harvard Square Homeless Shelter was the place where he felt truly comfortable.

This was in large part because he had started volunteering at the shelter before he even came to Harvard. Greenberg graduated from Cambridge Rindge and Latin, the only public high school in Cambridge, in 2010. His first experiences with the homeless shelter run by Harvard students came through Club Four, an extracurricular group that allows Rindge and Latin students to volunteer cooking dinners there. Today, Greenberg works full-time as co-director of Y2Y, a shelter opened just last year for youths struggling with homelessness.

When Greenberg joined Club Four in his sophomore year of high school, the club had just been formed. It got its start when Jondou Chen, a Harvard senior, began working as a student teacher for Jacquie Cesario in the high school’s history department. At the time, the high school was divided into four parts — C, R, L, and S — and Chen was working in School Four. He started informally bringing some of his Rindge and Latin students as extra volunteers during his own shifts at the shelter. Over time, these spontaneous trips gained structure as more students expressed interest, and an organization was eventually formed under the name of its original school affiliation: Club Four.

Chen is now working in the University of Washington, Seattle in the College of Education, and faculty leadership of the club has passed to Susie Van Blaricum, now dean of students for one of the high school’s four learning communities. But in many ways, the club retains its original spirit of informal collaboration.

Every shift when Rindge and Latin students cook is chaperoned by a current Harvard student or an adult from the high school, but it is the high school students themselves who are responsible for most organizational aspects of the club. More experienced volunteers can become “point people” in charge of planning the meals and directing the students on a given shift. Four elected students make up the club’s executive board, which oversees student sign-ups and the club’s finances.

In the spirit of its founder, the club depends in large part on Rindge and Latin alumni who go on to volunteer at the shelter as Harvard students.

Today, Greenberg is known to most of those who have passed through Club Four for his dedication to the Harvard Square Homeless Shelter. But he originally came to Harvard with some apprehension: Not only would he be staying in his hometown for college, but Harvard seemed, in many ways, like a strange and intimidating place.

Ultimately, he remembers, “One of the reasons I didn’t feel as badly about the decision to stay where I grew up was because it meant I was still going to have the shelter.” But the transition still wasn’t easy. “I was miserable until mid-October,” he reflected. “It’s certainly not a coincidence that about the time I started feeling I could hang at Harvard was about the time I joined the shelter’s leadership and we started training to get ready for the winter.”

The shelter remained such a bright spot in Greenberg’s time at Harvard that he would go on to become vice president of the Phillips Brooks House Association and begin to work on the initiative to open Y2Y in his sophomore spring. He ended up writing his senior thesis for the history and literature department on homelessness in the Boston area. He laughed when he admitted, “As much as I became a one-trick pony, school didn’t make sense until I could relate what I was doing academically to what I cared about outside the classroom.”

Isobel Green ’17 joined Club Four the same year she came to Rindge and Latin from Milton Academy, as a sophomore. Just as the club had smoothed Greenberg’s transition to Harvard, it helped Green feel at home in her new high school. “That was the first night I felt really comfortable with kids at Rindge,” she noted of her first shift at the shelter. “The atmosphere at Club Four is really special because it’s all about kids organizing something by themselves without adult influence or a school-administered framework. There’s a lot of empowerment that comes from that, and a lot of community spirit.”

Today, Green is one of two administrative directors at the Harvard Square Homeless Shelter. Even before applying to the College, her Club Four connections helped ease some of her anxieties about what the School might be like. “By the time I applied, my perception of Harvard students was that they were very down-to-earth people, and that was based on my interactions with the shelter staff I had gotten to know.”

Like other Rindge and Latin alums, Green spends some of her time at the shelter helping direct current Club Four students. This year, one of the students she worked with when he was in high school began his first year at Harvard.

Will Macarthur ’20 largely credits Club Four with his decision to apply to the College. Like Greenberg and Green, he describes some trepidation surrounding his original thoughts on applying to Harvard. “A lot of people from Cambridge recognize that Harvard is here primarily as its own institution,” he explained.

Greenberg described his first impressions of Harvard as “a fairly inward-looking place.” But for Macarthur, as for Green, speaking with Harvard students at the shelter who had no connection to Rindge and Latin helped dispel some of his concerns. “I met some of the best and nicest people at the shelter, and I don’t think I would have applied to Harvard if I hadn’t been forced to regularly interact with Harvard students who reminded me that caricatures are at least not entirely true.”

For all three of these Rindge and Latin alums, Club Four helped highlight some of Harvard’s most unusual and positive aspects and its commitment to service.

“Even if you were to say that Harvard does more than enough for the communities it’s a part of, you could never accuse it of being low-key,” Greenberg notes. “What’s amazing about the shelter is that it doesn’t follow this trend. And that definitely speaks to the priorities of both groups. The shelter itself was not even started as an official Harvard institution, but by the church and an individual pastor who wrangled a bunch of Harvard Divinity School students to help out. It was an organic thing, and Club Four still embodies a lot of that.”

Despite its informal nature, Club Four has continued to grow exponentially over the years. When Greenberg first joined, it had a core group of about 15 volunteers. In Green’s time at Rindge and Latin, there were two shifts a week and the group sometimes scrambled to find enough volunteers.

Today, Van Blaricum notes the club has gotten big enough that it staffs three shifts a week, and volunteer slots fill up months in advance. MacArthur remembers that, in his senior year, volunteers represented 146 students from every grade, gender identity, and socioeconomic status. “And it’s gotten really gourmet,” Green adds. “Back in my day we used to fall back on baked ziti all the time, but now the kids have these elaborate menus for chicken souvlaki and homemade pita bread.”

Ultimately, the future of the club rests on a collaboration between Harvard and Rindge and Latin that remains largely behind the scenes. “What students at either school don’t tend to realize is that the collaboration is really fragile,” Macarthur said. “It relies on people who understand both Cambridge and Harvard.”

This became especially clear to Macarthur when he worked to establish a collaboration between Club Four and Y2Y in his last year at Rindge and Latin. “Seeing all the speed bumps that arose reminded me that the relationships between the two organizations require a ton of maintenance.” But after everything it has given back to him, Macarthur is quick to add, “And I think Club Four is important enough that I’m willing to devote my time in College to making sure that it keeps going.”