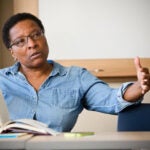 Lessons of self-care, while caring for others

Celebrating One Hundred Years of Public Service and Military Excellence

By Kris Snibbe/Harvard Staff Photographer, except where noted

The Reserve Officers’ Training Corps (ROTC) celebrates its 100th anniversary at Harvard this year. The program is defined by high standards of academic and physical training that prepare cadets for both military and public service.

Kira Headrick ’17 explained field training in the Air Force ROTC Leadership Lab, saying, “Every week, cadets have military knowledge to learn that will be implemented in weekly training involving a move-in drill, Air Force chain of command, or a scholarly quote about military history or strategy. ROTC is full of preparation so one can perform well when the time arrives.”

Navy cadet Katrina Hagedorn ’20 reflected on her commitment to service, saying, “There is an incredible sense of community within the program and a universal obligation among the midshipmen to serve. This sense of duty motivates all of us to be the best versions of ourselves that we can possibly be.”

Ongoing at the Pusey Library is an exhibit dedicated to Harvard’s military history. “To Serve Better Thy Country: Four Centuries of Harvard and the Military” features hand-drawn Civil War maps, debates on nuclear research, and other materials from the University Archives. Free and open to the public. More here: http://projects.iq.harvard.edu/military