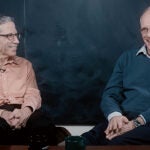 Nobel laureate Takaaki Kajita will be honored as the 2016 Scientist of the Year by the Harvard Foundation for Intercultural and Race Relations.

Kajita, professor and director of Institute for Cosmic Ray Research at the University of Tokyo, was awarded the 2015 Nobel Prize in physics jointly with Arthur B. McDonald “for the discovery of neutrino oscillations, which shows that neutrinos have mass.”

The Harvard Foundation award will be presented as part of its annual Albert Einstein Science Conference: Advancing Minorities and Women in Science, Engineering, and Mathematics.

Kajita will receive the foundation medal and deliver his Nobel Prize lecture, “Discovery of Atmospheric Neutrino Oscillations,” in Jefferson Laboratory 250 at 4 p.m. on Thursday.

The conference was created to introduce minority students and women to the world’s most respected leaders in science, technology, engineering, and mathematics, and encourage them to pursue academic careers in the sciences.

“The students and faculty of the Harvard Foundation are delighted to honor the distinguished physicist and Nobel laureate Takaaki Kajita with the 2016 Scientist of the Year Award,” said S. Allen Counter, director of the Harvard Foundation. “He is one of the world’s greatest scientists, in whom our students will find an inspirational, affable, and engaging person. Dr. Kajita is an excellent role model for students of all backgrounds with aspirations for a career in the STEM areas.”

Each year, the students and faculty of the Harvard Foundation nominate an internationally noted scientist for a special award recognizing her or his remarkable scientific achievements and initiatives that serve to increase diversity in all areas of science, engineering, and mathematics.