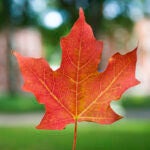 Those in teaching and research positions will vote Nov. 16-17 on whether to unionize

The National Labor Relations Board’s (NLRB) acceptance of an election agreement between Harvard University and the Harvard Graduate Student Union-United Auto Workers (HGSU-UAW) clears the way for eligible students to vote Nov. 16 and 17 on whether they want the union to represent them on issues related to employment.

This election follows a recent NLRB ruling that students in teaching and research positions at private universities can now be considered employees for the purpose of forming a labor union. Harvard students supporting unionization decided last year to affiliate with the UAW to form the HGSU-UAW. While students at other private universities also are organizing as a result of the NLRB decision, it appears that Harvard will be the first private university to vote following the NLRB action.

An estimated 3,500 Harvard graduate and undergraduate students, across 11 Schools and more than 50 programs, are eligible to vote because they are in teaching or research positions. Undergraduate research assistants are not included. Students will cast secret ballots at locations in Cambridge, Allston, and the Longwood Medical Area, and the NLRB will manage the election. Students eligible to vote will receive information on where and when they can do so.

“Only students eligible for union representation will be voting in this election,” said Harvard University Provost Alan M. Garber. “But the entire Harvard community should understand the importance of this vote. The results of this election will have consequences for our community for years to come. So we all have a responsibility to encourage full, open, and informed discussion.”

The election will be decided by a majority of students who actually vote, not a majority of those eligible to vote. According to NLRB rules, if a simple majority of voters choose to unionize, then all individuals in positions covered by the bargaining unit would be represented by the union. There is no way an individual student can “opt out” of union representation.

If the students vote to unionize, the University and HGSU-UAW would negotiate one contract to cover the approximately 3,500 students in the bargaining unit on “wages, hours, and other terms and conditions of employment.” However, it is not clear what subjects would be considered negotiable, since the NLRB has not provided guidance in this area.

At New York University (NYU), the only private university that chose to recognize a student union prior to the NLRB ruling, the union covers less than half the number of students who could be covered at Harvard. Among student unions in the United States, the breadth of the proposed HGSU-UAW bargaining unit appears to be unprecedented.

“The time to ask questions and seek answers is now, before a single vote is cast,” said Garber. “Since all eligible students will be bound by the results, the day after the election is too late. We encourage students to examine the issues that matter most to them and cast informed votes.”