Dancing because they can 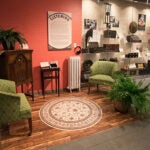 Seniors opt to have fun, be themselves, and leave their comfort zones by performing

On most nights, Lydia Deng ’17 curls up on her dorm room couch, listening to Young Thug or Kendrick Lamar as she scrolls through her homework. She loves rap and hip-hop, and that’s one reason she decided to dance in the undergraduate Expressions Dance Company’s fall performance, “EXecutive.” In performing, Deng and others have found a way to temper academic diligence with a healthy dose of fun during their final year at Harvard.

Since there are just two shows, tickets to the once-a-semester compilation of student-choreographed dance pieces, which focus on hip-hop, jazz, and modern dance, are much sought-after by undergraduates. Angela Wu ’17 and Reed Shaw ’17 are among the more than 100 students with varying levels of formal training who danced in “EXecutive” at the end of October. A highly visible modern dance group on campus, Expressions is something that many students declare they’ll try out for freshmen year, before commitments to classes and more pre-professional extracurriculars set in. But as seniors, Deng, Wu, and Shaw have decided to expand their horizons — while keeping their participation low key.

“In college I never made time to dance because I was too caught up in other activities,” Deng reflected. “But this year I made more time and decided, OK, now I’m going to do something I really care about.”

Shaw, a social studies concentrator, took a thoroughly reasoned stance. “Senior year is a good time to try new things,” Shaw said, “because there’s not going to be a cool, low-pressure, hip-hop dance group in the working world.”

Deng and Shaw danced in Expressions’ company piece, co-choreographed by six members of the troupe, the only no-audition work in the fall show

While Wu has danced in “Ghungroo,” the annual South Asian dance show, this was all three students’ first time performing with Expressions.

Whether it was having more time or having less social pressure, both Deng and Shaw feel that dancing with Expressions during their senior year gives them a special freedom.

“It actually is a big difference doing it senior year versus doing it any other year, because I don’t care what people think of me,” Shaw conceded. “Expressions has been very low-stress because I’ve taken the pressure off of myself and remembered it’s supposed to be fun.”

Deng sees senior year as lending itself to a new kind of prioritization. “Not having to focus on more serious clubs and internships frees up people’s time so they can do things they’ve always wanted to,” Deng said. “It’s not that they didn’t want to before. It’s just that they were restricted by other commitments.” For Wu, a psychology concentrator from Australia, Expressions fits into her overall senior year goal “to do things I wanted to do but was always too scared to.”

Expressions seems to think senior year is a good time to break out into song and dance, too. Every year the spring show has a dance solely for seniors that does not require an audition, so barriers are low and anyone can try something new before graduating.

Open auditions for other pieces are held at the beginning of every semester, in line with the group’s mission “to be an open company so that anyone on campus who likes to dance, perform, and have a good time can do so!”

Aside from cultivating a fun culture, dance groups can also give students a much-needed change of pace from sitting in libraries. Wu speaks to the balance that dancing in both shows has brought her: “It’s purely liberating to throw yourself around a room to music. I mean, what’s better than that?”

As liberating as dancing with Expressions is, it takes time management and goal-setting to pull it off, a focus these seniors seem to have mastered. While they have different interests and dreams, all three are living senior year with a philosophy of spontaneity and making space “to invest in our happiness,” as Deng put it. For them, dancing in “Executive” is part of that bigger picture.

Amanda Beattie is a Harvard College senior with a concentration in the comparative study of religion. Photographer Abbie Westover is a senior in Pforzheimer House who studies history and literature.