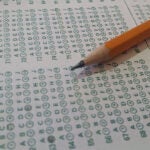 A new analysis of a key contributor to the marine food web has turned up a surprising twist: more unique species in cooler waters than in the tropics, a reversal of the situation on land.

The findings highlight the need to direct limited conservation dollars according to science, with a focus on places where biodiversity is most at risk, said Barnabas Daru, Harvard Herbaria Postdoctoral Fellow in Organismic and Evolutionary Biology, who performed the analysis on the world’s 70 species of seagrass.

Daru acknowledged that seagrass isn’t as exciting as sharks or tuna, or as marine mammals such as seals, dolphins, and manatees. But for anyone who cares about the health of marine animals, he said, the role of humble seagrass at the beginning of the marine food chain is key.

“The focus is often on animals, but anything that affects plants will have a cascading effect on everything higher up in the food chain,” Daru said.

In other words, the creatures that eat seagrass are eaten by meat eaters, which are in turn eaten by larger meat eaters, such as sharks. In addition, seagrass meadows provide a host of ecosystem services, storing carbon as they grow, minimizing erosion by stabilizing marine sediments, and serving as nurseries where many fish and invertebrate species lay their eggs and where their offspring seek shelter early in their lives.

Seagrass beds have been under assault globally. The grasses, which includes widespread eelgrass and turtlegrass, live entirely submerged, making them distinct from more familiar beach vegetation that is covered and uncovered by the tides. Like all plants, seagrasses depend on the sun to power photosynthesis, which means they live mainly in shallow coastal waters, leaving them vulnerable to pollution, dredging, habitat change, and rising temperatures.

In Boston Harbor, vast seagrass beds have now dwindled to a bare remnant, roughly 750 acres of the 16,000 acres once thought to cover the harbor. Statewide, 90 percent of the remaining beds are in decline, according to the Massachusetts Bays Program.

What emerged was a picture that surprised Daru. Unlike patterns of biological diversity on land — where the tropics have more vertebrate species that are evolutionarily distinct and without close relatives — seagrasses show the opposite distribution, with cooler, temperate regions home to more distinct species.

The finding illustrates the importance of science in clarifying species distribution, he said, because that clarity is crucial to proper distribution of conservation funds.

Similarly, Daru said, if efforts aiming to establish protected marine reserves are designed only with fish and mammal diversity in mind, conservationists are missing an opportunity to conserve meadows that the same fish and mammals depend on.

Another discovery in the analysis was that species in the temperate regions approaching the northern and southern poles are more closely related to each other than they are to tropical species, even though they are geographically distant. Ocean currents, particularly those that flow along the sea floor, may have spread the grasses between the two regions, Daru said.

“There is high evolutionary distinctiveness in temperate waters,” Daru said. “It shows there are more evolutionarily old species in temperate environments rather than in tropical warm waters.”