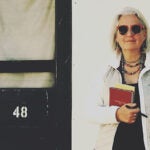 By Jake Stepansky ‘17 Office for the Arts Communication

In an interview with actor Alec Mapa, Jake Stepansky ’17 discusses Mapa’s career and the upcoming screening of “Alec Mapa: Baby Daddy,” which will be shown at 4 p.m. Wednesday at 114 Mt. Auburn St., 4th floor. The event is part of the LGBTQ Film Series. It is free and open to the public.

As a professional performer, Alec Mapa got his big break when he replaced B.D. Wong in David Henry Hwang’s Tony-winning drama “M. Butterfly” on Broadway almost 20 years ago.

He then blasted onto the TV scene with notable roles in “Ugly Betty” and “Desperate Housewives.” More recently, he has had gigs hosting various reality television programs, such as Logo’s “Transamerican Love Story.” You could say that there’s no telling where he’s going to show up next.

His most recent project, the one-man comedy-theater performance and film “Alec Mapa: Baby Daddy” explores fatherhood, family and what happened when Mapa, who is of Filipino descent, adopted a black baby with his white partner. Mapa will be part of a post-screening conversation of the film at 4 p.m. Wednesday.

STEPANSKY: Tell me a little bit about your career trajectory and your education, please.

MAPA: I’ve been a working actor for 30 years. I started booking film and TV gigs when I was an undergrad at [New York University]. I went straight from acting class to Broadway when I got cast in “M. Butterfly” in 1987. Education prepared me for my first big break. I was flexible and teachable and unafraid and not set in my ways. Running around my acting studio at NYU for four years gave me that.

STEPANSKY: What advice do you have for students looking to pursue careers in the performing arts?

MAPA: Become financially literate. Figure out money. As a creative person I didn’t want to have anything to do with money. That’s not artistic, it’s just irresponsible. What else? Don’t be jealous of anyone, ever. That’s a waste of time. Don’t drink before an audition.

STEPANSKY: What is it about writing and performing one-man shows that draws you toward that particular theatrical form?

MAPA: I love telling a story. It’s the oldest art form there is, and it still holds up. The ancient Greeks created drama for us to make sense out of life and none of that’s changed. I love that you can create entire universes and take people on a journey just by standing in front of a microphone and talking.

STEPANSKY: How do you feel that your various identities — husband, father, Filipino-American, etc. — inform your work, either separately or together? Do you ever worry about being “stereotypecast”?

MAPA: It all works together, because it all comes together in perspective. I was more worried about being stereotypecast in the beginning because I was playing a lot of Asian characters just because I fit the costume. That was boring. Now I play all sorts of different characters in TV comedies, which I enjoy. I’m playing lots of nurses now, which I like because I’m very maternal. I’m a mom.

STEPANSKY: Is there anything else you’d like to share with Harvard students about working in the performing arts?

MAPA: Being an artist is an important job. All children are artists. They paint, act, dance, and sing because they’re in touch with their souls. Most people lose that as adults. They become too embarrassed and afraid of looking stupid to be creative, so they need singers, dancers, actors, and artists to be creative for them. A good artist reconnects people with their souls. That’s an important job. Also, save money.

The event is sponsored by the Office of the Assistant to the President for Institutional Diversity and Equity, FAS Diversity Relations and Communications, the Office for the Arts, and Office of BGLTQ Student Life.