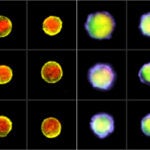 If you look, you will find … something.

That’s a lesson Hannah Zurier ’17 learned after she approached Asa Gray Professor of Systematic Botany Donald Pfister a couple of years ago about a research project.

Zurier had a passion for science and an interest in cooking. She wondered whether Pfister, an expert in fungal biology who was then serving as interim dean of Harvard College, might help her develop a project that blended the two through exploration of the famed white truffle fungus.

But instead of finding something to eat, Zurier found something nobody had seen before — the truffle of a related but mysterious species. Working under the guidance of postdoctoral fellow Rosanne Healy, Zurier described the fungus fully to science for the first time and helped give it a name, Tuber arnoldianum, after the site of its discovery, Harvard’s Arnold Arboretum.

The new truffle, turns out, is native and relatively common, found on four of the 13 trees the researchers examined. The pair concluded that T. arnoldianum, far from being shy and retiring, is the dominant species among the trees they sampled. The research describing it, which came out in June in the journal Mycorrhiza, called it an “aggressive colonizer.”

“It was really cool to find this species that was everywhere but no one had found it before,” Zurier said. “I started the summer on one truffle and wound up on a completely different project. That’s the way science works.”

Even an aggressive fungus can be hard to notice. Truffles exist symbiotically with tree roots, exchanging nutrients that the truffle fungus pulls in from the soil for carbohydrates provided by the tree.

In addition, as with all soil fungi, the fungus’ main body isn’t the truffle itself. The truffle is what scientists call a “fruiting body” — the equivalent of an apple on an apple tree — that comes and goes while the main fungal body, made up of a network of tiny threads called hyphae, carries on year-round like the apple tree.

Along with making them hard to detect, truffles’ subterranean nature helps create their prized flavor and scent, which are attractive to animals such as the pigs used to hunt culinary truffles in Southern Europe. From the truffle’s standpoint, it’s advantageous to have an animal dig it up and spread the spores.

The Arboretum discovery came after Pfister assigned Zurier to work with Healy, who was searching the Arboretum for white truffles, the most highly prized — and expensive — of the culinary truffles. A 2½-pound white truffle sold in 2010 for more than $400,000.

Healy was following up on white truffle DNA discovered during soil comparisons at the Arboretum and at Harvard Forest. Since the white truffle is native to Europe and hard to cultivate elsewhere, Healy wanted to know more about that DNA, found on a native red oak tree in the Arboretum, and where it might have come from. She focused on a group of Arboretum trees that had been imported from Europe before 1921, when the U.S. government banned importation of trees bundled with soil in an effort to curb imported pests and diseases.

The search turned up eight truffle species, including the new one. Though the researchers were the first to find the new truffle fungus’ fruiting body, there had been an earlier indication that it existed. Its DNA was detected in an environmental soil screen, but with no more evidence it could not be fully described and was dubbed “Tuber species 46.” That left it to Zurier and Healy to do the painstaking work of description.

“We’ll do the phylogeny,” Pfister said of species detected only through DNA found in the environment, but “we won’t have the slightest idea what it looks like.”

The project provides several lessons, Pfister said. One is that research can be a valuable part of the undergraduate experience at Harvard. While Zurier’s chance to describe a new species is unusual, students can have rewarding experiences working on subjects that interest them, and they don’t have to do so solely within the confines of a class or in preparation for a senior honors thesis, he said.

“We want our students to reach out and find a project that catches their eye and their passion,” Pfister said. “It’s much more important to find something you want to work on and investigate. Forget about whether it ends up as a thesis and an honors grade.”

Another lesson is the value of environmental sampling, a practice enabled in recent years by advances in DNA technology. Rather than targeting a single species at a time for sampling, scientists today can sample the environment itself (in this case the soil around a tree), extract all the DNA associated with it, and then determine how many different species are active there.

Zurier, who worked on the project through the summer of 2014 and into that fall, said she particularly enjoyed what she described as the “treasure hunt” portion of the project, searching for truffle fungi on the trees. Still, more time was spent in the laboratory, carefully examining different parts of the new truffle fungus, from the truffle body itself to the hyphae to the tiny spores — dimpled and spiked — that the truffle disperses.

An additional benefit of the project, Zurier said, was exploring the 281-acre Arboretum, in Jamaica Plain.

“I got to see how awesome it is. It’s really beautiful.”