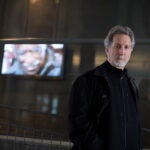 Lending his eye to the visions of others

This article is the first in an occasional series on the impact of humanities studies in and out of the classroom.

George Li ’18 does most of his English assignments on an airplane.

That’s where the joint Harvard-New England Conservatory student often can be found, en route to concerts or piano competitions. And while the study space may be less traditional — and more public — than Widener Library or his room at Winthrop House, the challenge agrees with Li.

“It’s very rewarding for me,” he said. “In trying to balance studying and work, and being prepared to perform, I’m juggling this double life.”

The 21-year-old from Lexington expected as much when he applied to Harvard, saying he knew a broader education (as opposed to a conservatory-only) would “help me become a better person.”

In choosing English as a concentration, Li took on a daunting area of scholarship — and not just because he’s so often studying on the fly.

“English is not my forte and I’m definitely struggling, but it’s been great,” he said. “Literature helps me understand music because they’re so interrelated in feeling human sympathy and compassion and understanding all aspects of humanity.”

His playing has shown the results. Li won the 2016 Avery Fisher Career Grant for piano and last year took the silver medal at the International Tchaikovsky Competition. Meanwhile, in courses on the modern novel and Romantic poetry, he immersed himself in the language of Coleridge, Dostoevsky, Eliot, Shelley, and Wordsworth.

“With music, there’s a balancing of different qualities and you have to have control and finesse and technique.” — George Li

“What struck me the most was how similar these writers were, inspired by nature or any random moment that was seemingly insignificant, but they made such a personal connection to it,” said Li. “They were able to convey such great emotions, and that’s what I’m trying to achieve — to feel the personal connection between myself and the music and be inspired. I’m trying to reinterpret what the composer has written, but, in a way, I’m creating a new kind of interpretation of the music.”

Li said his love of music comes in part from an appreciation of its showmanship. The son of Chinese immigrants, he first played in public at age 9. As an in-demand soloist, his performances have included a State Dinner at the White House with President Obama and German Chancellor Angela Merkel, and engagements with esteemed international orchestras such as the Lucerne Symphony and the St. Petersburg Philharmonic.

His study of literature, though, has come to reveal a more reserved creativity.

“With music, there’s a balancing of different qualities and you have to have control and finesse and technique,” Li said. “There’s always a fine line between too much control and technique with being overly emotional, overindulgent. With literature, it’s not always an outpouring of emotion. It never goes overboard. It’s on the cusp of going overboard, but it never does.”

Li’s adviser, James Engell, said the gifted young musician reminds him of a friend from his own undergrad days. The Gurney Professor of English Literature and of Comparative Literature lived at Eliot House in the early ’70s and he would have breakfast with Olympic figure skater John Misha Petkevich ’71.

“John and George exemplify the kind of very talented students who take on a schedule so demanding that it requires utter focus and discipline,” said Engell, who taught Li in a Romantic poetry course last year. “There’s danger in becoming an automaton — sometimes people gifted in one area don’t have the time for other areas — but George, like John, has made a great effort.”

Engell said Li never asked for special treatment — “no excuses, no extensions, he just plowed through” — and described his attitude toward English studies as “adventuresome.”

“He’s someone who isn’t afraid that he doesn’t have complete confidence that he’ll master it. He goes ahead and does it anyway,” Engell said. “He’s not in the top of his class in grades, but he’s open to the experience. That’s hard to teach. That’s the kind of thing that has huge payoffs later on in life.”

Though Li may see his musical future more clearly, he feels just as passionate about his English studies. The balance is an education in itself.

“I’m here to become a better person overall, and to understand other people,” he said. “It’s important to try to learn about other people’s emotions and sympathy. It’s helpful in term of being a human being.”