Summer in the city, sort of 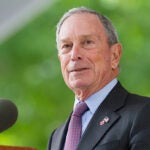 A College senior interns on an urban farm, growing friendships as well as crops

Back home earlier this summer, I walked around the Los Angeles Leadership Academy, a public charter high school in Lincoln Heights, Calif., and gazed up at what looked like the Hanging Gardens of Babylon. It was my first day as an operations intern at the school’s massive hillside urban oasis, affectionately dubbed LALA Farm.

I had applied from Trinity College in Dublin, where I was studying during the spring semester, for a number of internships through Harvard’s Center for Public Interest Careers. The center organizes almost 100 paid summer fellowships with public-service organizations nationally, along with international opportunities and postgraduate fellowships, including the Mindich Service Fellowships, which funded my internship. Generally, the center compensates student fellows with a stipend of $3,000 to $5,000 for 10 weeks of work, supplemented by online readings and reflections designed to challenge students to engage intellectually with their experiences, while developing skills and knowledge through their own and their peers’ work in the nonprofit sector.

As I sat in the library in Ireland during exam period so far from home, I felt extraordinarily unable to envision what I might do this summer — my last as a Harvard undergraduate. Spending it at home in Los Angeles was not a part of my travel-minded agenda. Then, about a month before leaving Ireland, I got an email offering me the chance to garden, work with high school students, and seek funding for an interesting project in food justice, all in one package. It was a perfect fit for my skill set, and my family missed me. So I accepted. Still, my worldly mind maintained its reservations as I packed my bags: How much could my home city really teach me, in comparison to far-flung lands?

That’s how I found myself staring up at a quarter-acre of terraced hillside tucked next to a basketball court, a wavering line of stairs climbing toward a priceless view of downtown L.A. I had worked on a full-scale organic farm before, but I realized I knew nothing about what I was getting into. The farm was revitalized a year ago when Britt Browne, a local artist and grower, came on as manager. She began an after-school farm program and had the hillside terraced, increasing its production capacity.

Roger Lowenstein, a Harvard Law School alumnus (J.D. ’68), had founded the school, which is located in a low-income area of L.A., in 2002 as a social justice-themed academy focused on developing leadership skills.

I quickly saw that I too would grow over the summer. During the week, I worked directly with Britt, while Roger played the role of mentor extraordinaire. As Britt and I watered, transplanted, and tended to the plants early each day, the farm flourished before my eyes.

But there is nothing easy or simple about growing organic, on the side of a hill, amid residential surroundings, in an area that has been experiencing a four-year drought. Pests constantly attacked our corn, onions, and cucumbers. The heat scorched our lovely young native California trees. A neighbor’s dog dug up the strawberries. Sometimes it was a daily battle, making it difficult at times to remember why it was so important to refrain from using pesticides, to pursue small-scale, diversified farming, and to share that information.

Nourishing the plants and soil sustainably was satisfying. But the most unexpected, beautiful, and rewarding part of my internship came in spending time with the LALA students, rather than the LALA vegetables.

‘Learning a little about an unfamiliar area from a new point of view challenged me to search for the needs and assets in my own backyard just as diligently as the ones further afield.’ — Amanda Beattie

For 20 days in mid-summer, 10 to 15 LALA high school students showed up every day, eager to farm. We’d pump the tunes and enthusiastically dig, plant, build, harvest, learn about food justice, and brainstorm for the Lincoln Heights Farmers Market, where we soon began to sell bunches of herbs and other treasures from the farm’s first summer.

The students were smart and dedicated, coming up with products for the market, unashamed to ask questions about farming, and working with more wholeheartedness than our organized volunteer groups. A student named Rene shared how he took his health into his own hands in middle school, through reading about the food system and changing his eating habits, Jen and Brenda came up with a best-selling product, and Brian diligently took notes on customer buying habits at the market in order to improve our marketing. The students switched easily between English and Spanish to engage customers. They all had their own trials to negotiate, but their joy and passion were contagious.

I could simply say that it was rewarding to encourage high school students to believe in themselves and to learn to grow their own food (in an urban setting, no less), or that it was invaluable for me to learn how to locate and apply for grant funding and use that knowledge to secure backing for LALA Farm’s future. I could say that working at the intersection of education, food justice, nonprofit work, and even art, all in the heart of my own city, has deeply influenced my life and career trajectory. And all of that would be true. It turned out that working “at home” afforded just as many challenges and nuances as studying abroad, and learning a little about an unfamiliar area from a new point of view challenged me to search for the needs and assets in my own backyard just as diligently as the ones further afield.

But if I’m being honest, what will stay with me the longest are the excited faces of Rene, Jen, Brenda, Brian, and all of the other students at LALA as they worked alongside me, sharing glimpses of their lives along the way. They reminded me in their actions that though life and high school can be pretty difficult, often the most powerful thing we can do is show up, share our true selves with each other, and be willing to give what we can to a good cause. We weren’t about to solve the world’s problems. But we were real people trying to have an impact, however small. To me, that humble willingness of the human spirit to do what we can to help each other is what sustains all good nonprofit work — at home or abroad.

Amanda Beattie is a Harvard College senior with a concentration in the comparative study of religion, focusing on religion and society, with a secondary in ethnicity, migration, and rights.

Mindich Service Fellowships and internships at Harvard’s Center for Public Interest Careers are available in various locations, and all interested students are invited to apply.