New dean for Faculty of Medicine 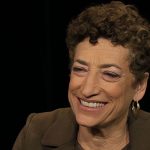 George Q. Daley, an internationally recognized leader in stem cell science and cancer biology and a longtime member of the Harvard Medical School (HMS) faculty who spans the fields of basic science and clinical medicine, will become the next dean of the Faculty of Medicine, Harvard President Drew Faust and Provost Alan Garber announced today.

A graduate of Harvard College and Harvard Medical School with a Ph.D. in biology from the Massachusetts Institute of Technology, Daley currently serves as professor of biological chemistry and molecular pharmacology and as the Robert A. Stranahan Professor of Pediatrics at HMS, as well as director of the Stem Cell Transplantation Program at Boston Children’s Hospital and the Dana-Farber Cancer Institute. He will take up his new duties on Jan. 1, 2017.

“George Daley is an eminent scientist, a dedicated educator, an adept bridge-builder, a compelling advocate for scientific discovery, and a person of remarkable leadership qualities and thoughtful judgment,” said Faust in announcing the appointment. “From his work at the forefront of basic science to his focus on combating disease, from his role in developing international guidelines for stem cell research to his activities at the crossroads of medicine and biotechnology, he brings to all that he does an energetic and imaginative commitment to advancing discovery and improving lives.”

Said Daley: “I am honored to have been asked by President Faust and Provost Garber to serve as dean. The people across the Harvard medical community embody one of the world’s great resources for broadening scientific understanding and realizing medicine’s promise to enhance the quality and longevity of people’s lives. I feel humbled by the prospect of leading so talented a community with so essential a mission — a community whose dynamism, growing diversity, and shared concern for the well-being of others are a deep source of strength. It will be a singular privilege to work with people across the Quad, our extraordinary affiliates, and the University to sustain and elevate Harvard’s leadership in academic medicine.”

Added Garber: “George Daley knows Harvard, he knows our affiliated hospitals and research institutes, and he fully appreciates the Harvard medical community’s vital role in shaping the future of biomedical science and education at a time of transformative changes in medicine and the life sciences. He also understands the challenges facing our healthcare system and the importance of assuring care for those most in need. He is a remarkable scientist and an equally remarkable person, as humane and collegial as he is intelligent and accomplished. I am confident he will do an outstanding job leading Harvard medicine forward.”

Daley has been professor of biological chemistry and molecular pharmacology at HMS since 2010 and has been an Investigator of the Howard Hughes Medical Institute since 2008. In July he became the Robert A. Stranahan Professor of Pediatrics at HMS, having previously held appointments as professor of pediatrics at HMS and as the inaugural Samuel E. Lux IV Chair of Hematology/Oncology at Boston Children’s Hospital.

A former chief resident in medicine at Massachusetts General Hospital (1994 to 1995), Daley maintained an active clinical practice in hematology/oncology at MGH and then at Children’s Hospital until assuming his administrative role as director of the Stem Cell Transplantation Program and associate chief of the Division of Pediatric Hematology/Oncology at Children’s and at Dana-Farber in 2009. He also serves as associate director of the broader Stem Cell Program based at Children’s, which he helped launch in 2004.

Daley’s research focuses on the use of mouse and human disease models to identify mechanisms that underlie blood disorders and cancer. His lab aims to define fundamental principles of how stem cells contribute to tissue regeneration and repair and improve drug and transplantation therapies for patients with malignant and genetic bone marrow disease.

Beyond his research, Daley has been a principal figure in developing international guidelines for conducting stem cell research and for the clinical translation of stem cells, particularly through his work with the International Society for Stem Cell Research, for which he has served in several leadership positions, including president (2007 to 2008). He has also testified before Congress and spoken in forums worldwide on the scientific and ethical dimensions of stem cell research and its promise in treating disease.

His teaching efforts include serving as course director for the “Molecular Medicine” course at HMS and for an undergraduate course on “Stem Cells in Disease” in the Faculty of Arts and Sciences. Earlier, for more than a decade, he led the “Research in Health Sciences and Technology” course in the HST program. He has trained dozens of graduate students and postdoctoral fellows, and is a frequent participant in seminars and grand rounds at schools and hospitals both locally and beyond. In 2012 he was recognized with HMS’s A. Clifford Barger Excellence in Mentoring Award.

Important contributions from the Daley laboratory have included the creation of customized stem cells to treat genetic immune deficiency in a mouse model (together with Rudolf Jaenisch), the differentiation of germ cells from embryonic stem cells, the generation of disease-specific pluripotent stem cells by direct reprogramming of human fibroblasts, and demonstration of the role of the LIN28/let-7 pathway in cancer. In past research, he demonstrated the central role of the BCR/ABL oncoprotein in human chronic myelogenous leukemia, work that provided critical target validation for development of Gleevec, a highly successful chemotherapy.

Daley was an inaugural winner of the National Institutes of Health Director’s Pioneer Award for highly innovative research (2004). His numerous honors include the American Philosophical Society’s Judson Daland Prize for achievement in patient-oriented research, the American Pediatric Society’s E. Mead Johnson Award for contributions to stem cell research, the American Society of Hematology’s E. Donnall Thomas Prize for advances in human-induced pluripotent stem cells, and the International Chronic Myeloid Leukemia Foundation’s Janet Rowley Prize for outstanding lifetime contribution to the understanding and/or treatment of the disease. He is an elected member of the National Academy of Medicine and the American Society for Clinical Investigation, among other professional societies.

In announcing Daley’s appointment, Faust and Garber jointly expressed their gratitude “to the many people across the Harvard medical community who offered their perspectives and counsel on the deanship — and on the important opportunities ahead for Harvard medicine, both on the Quad and across our peerless array of affiliated institutions. We owe special thanks to the members of the search advisory committee, who came together across the preclinical departments, the affiliates, and the larger University to help us arrive at an excellent outcome.”

Faust and Garber recognized and thanked Barbara J. McNeil, the Ridley Watts Professor of Health Care Policy and professor of radiology at HMS, who became acting dean of the Faculty of Medicine on Aug. 1.

In addition, they renewed their gratitude to Jeffrey S. Flier, who stepped down as dean on July 31 after nine years of distinguished leadership. “In a domain energized by the interplay of scientific rigor, innovative thinking, and humane concern for others,” Faust said when Flier first announced his plans, “Jeff has not only affirmed those qualities but embodied them.”

“Harvard Medical School is the epicenter of biomedical research, a revered alma mater to innovators in science and medicine, a magnet for talent, and the home to many scientific and clinical firsts,” said Flier. “George Daley embodies the spirit and the values of this institution. He is a consummate physician-scientist, a passionate researcher, and a clinician known for his empathy and acumen, a beloved teacher and a proven leader. He is perfectly suited to lead HMS in the next phase of its quest to generate new knowledge and alleviate human suffering.”