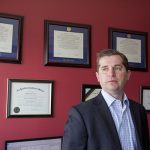 Against suicide, a century of little progress

Consuming greater amounts of unsaturated fats is associated with lower mortality, according to a study from Harvard T.H. Chan School of Public Health. In a large study population followed for more than three decades, researchers found that greater consumption of saturated and trans fats was linked with higher mortality rates than consuming the same number of calories from carbohydrates. Most importantly, replacing saturated fats with unsaturated fats conferred substantial health benefits. This study provides further support for the 2015-2020 Dietary Guidelines for Americans that emphasize the types of fat rather than total amount of fat in the diet.

The study is the most detailed and powerful examination to date of how dietary fats impact health. It suggests that replacing saturated fats like butter, lard, and fat from red meat with unsaturated fats from plants — such as olive, canola, and soybean oils — can confer substantial health benefits and should continue to be a key message in dietary recommendations.

The study will be published online today in JAMA Internal Medicine.

“There has been widespread confusion in the biomedical community and the general public in the last couple of years about the health effects of specific types of fat in the diet,” said Dong Wang, S.D. ’16, a research fellow in the Department of Nutrition at Harvard Chan School and the study’s lead author. “This study documents important benefits of unsaturated fats, especially when they replace saturated and trans fats.”

The study included 126,233 participants from two large, long-term studies — the Nurses’ Health Study and the Health Professionals Follow-Up Study — who answered survey questions every two to four years about their diet, lifestyle, and health for up to 32 years. During the follow-up, 33,304 deaths were documented. Researchers from Harvard Chan School and Brigham and Women’s Hospital examined the relationship between the types of fats in the participants’ diets and overall deaths among the group during the study period, as well as deaths due to cardiovascular disease (CVD), cancer, neurodegenerative disease, and respiratory disease. 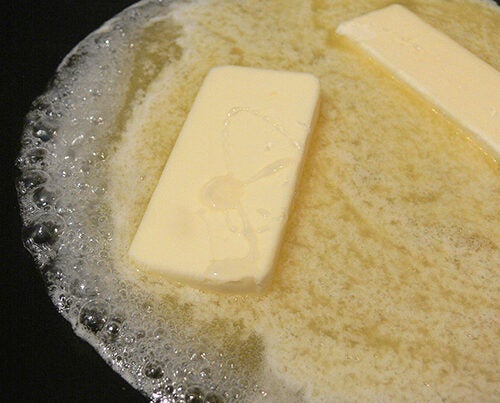 Different types of dietary fat had different associations with mortality, the researchers found. Trans fats — on their way to being largely phased out of food — had the most significant adverse impact on health. Every 2 percent higher intake of trans fat was associated with a 16 percent higher chance of premature death during the study period. Greater consumption of saturated fats was also linked with greater mortality risk. When compared with the same number of calories from carbohydrates, every 5 percent increase in saturated fat intake was associated with an 8 percent higher risk of overall mortality.

“Our study shows the importance of eliminating trans fat and replacing saturated fat with unsaturated fats, including both omega-6 and omega-3 polyunsaturated fatty acids. In practice, this can be achieved by replacing animal fats with a variety of liquid vegetable oils,” said senior author Frank Hu, professor of nutrition and epidemiology at Harvard Chan School and professor of medicine at Harvard Medical School.

The study was supported by research grants from the National Institutes of Health.