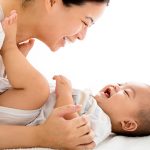 The power of babble

Could a better understanding of the brain’s reward system — a network fine-tuned over millions of years and laser-focused on survival — help mankind skirt environmental disaster?

Ann-Christine Duhaime thinks it’s entirely possible. As part of her 2015-2016 Radcliffe fellowship, the Harvard Medical School professor and neurosurgeon studied whether the brain’s inherited drive for stuff and stimulation is making it hard for humans to get by with less, and harming the planet in the process. Her research suggests the answer is yes, and that curbing consumption will require tapping other types of rewards the brain craves.

“Our brain evolved with this wonderful system, but now it doesn’t know when to stop,” said Duhaime, Harvard’s Nicholas T. Zervas Professor of Neurosurgery, during a recent Radcliffe talk. “And so now your urges to eat get you into trouble, and your urges to get stuff are getting the planet into trouble.”

In wealthy countries the drive for more and bigger homes and cars has obvious carbon-footprint implications, said Duhaime. Those trends — which defy research showing that once basic needs are met, relationships, not things, are key to life satisfaction — are accelerating global warming, with many observers putting the blame on greed, ignorance, and shortsightedness. 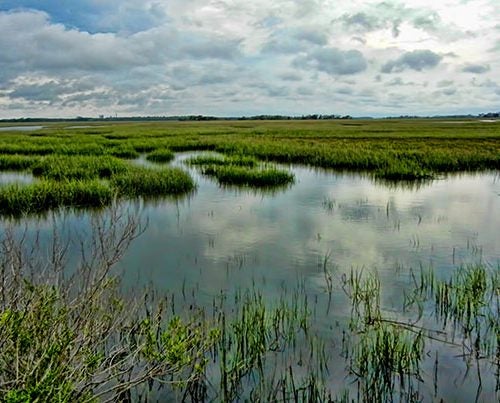 Seawalls not only fail often but can promote environmental damage, researcher says

Duhaime takes a different approach. Her scientific training “centers on assessing people not for character flaws,” she said, “but for what it is about their brains that makes them the way they are.”

Research suggests that people are hard-wired to hoard, or, in more technical terms, that human beings inherited a predisposition to acquire more goods than they immediately require. The impulses are driven by the brain’s reward system, which developed as a tool “to teach you what you need to know that will increase your chances of survival or reproduction,” said Duhaime. For hundreds of thousands of years, what humans needed to know was that having more meant a better chance of making it. Today, that finely tuned reward system is still going strong.

“As a general rule, many of us want stuff. We want security. We want things that protect us. We want more. We want more food,” said Duhaime. “Why do we want more food? Because our brains evolved at a time when you didn’t have much. And so you ate when you could, and you were rewarded by eating, because that meant survival.”

Luckily, acquisitiveness isn’t the only trait that helped us get ahead. And some of the others, Duhaime said, can help with conservation.

Consider towels in hotel rooms. To save energy, many hotels ask guests to skip daily fresh towels by encouraging them to hang up their towels instead of leaving them on the bathroom floor. How the request is framed triggers the brain’s reward system.

Similarly, she said, a message in your utility bill that compares your electricity use to that of your neighbors is far more effective at getting you to cut consumption than a note that simply urges you to conserve. “The data we have studied lines up very well with how the reward system works, because there are other rewards than just stuff and consumption; there are these pro-social and competitive rewards, which also evolved to help you survive.”

At Radcliffe, Duhaime and her team of undergraduate researchers delved into the latest thinking on the reward system, interviewing psychiatrists, scientists, economists, and even game-theory researchers. They also examined relevant advances in deep-brain stimulation, electrochemical recording, and magnetic resonance imaging technology.

“What we do know is increasing in complexity minute to minute,” said Duhaime.

The team’s analysis of the reward system’s development over the course of millions of years helps explain its intransigence in the face of climate change. The team used a hypothetical 40-day walk across the country to illustrate the relative time intervals in the life of the planet, and the long duration of brain evolution compared with the extremely small interval of human-induced global warming.

On the 40-day trek beginning in San Francisco with the planet’s formation and ending in New York, life evolves around Day 10, or 698 miles in; multicellular organisms show up after 27 days; mammals emerge at the 2,790-mile mark; primates appear with only hours left in the journey, at 2,876 miles; humans arrive with only 223 yards to go; and climate change pops up at the very end.

“The Anthropocene occurs when your big toe touches down in the very last step of your cross-country walk,” said Duhaime. “The point is our brains, with their reward system which evolved over millions of years, are not ready evolutionarily to perceive climate change, or to change our behavior to act on it.”

Another strand of Duhaime’s research involves neuroplasticity. Studies show young brains are primed to learn and absorb new information and lifelong lessons at an amazing rate. But technology is changing the way the young brain develops. Computers, video games, smartphones, and tablets “appeal to so many things in our attention-getting mechanisms and our reward system all at once,” said Duhaime. “I think it’s unequivocal that our lives are changing due to this kind of exposure.”

Duhaime is well-suited to investigate the mysteries of the mind. Delicately removing brain tumors or reconstructing a child’s malformed skull without harming the parts of the brain that control movement or speech are all in a day’s work for the Massachusetts General Hospital pediatric neurosurgeon. Her love for neurosurgery developed in tandem with her interest in “what makes us human and what the brain tells us about that.”

Yet even with an intense and demanding focus on understanding and helping heal the body’s command center, the effects of global issues on her young patients’ futures have never escaped her notice. About 15 years ago, environmental alarm bells started ringing for Duhaime, a nature lover who grew up climbing trees and chasing animals in the woods near her family’s Rhode Island home.

“What I saw is encroachment on the nature that I knew by development and building and less and less open space and less and less freedom for kids and more and more trees cut down to build strip malls. It hurt my heart to see that.”

Since then, Duhaime has worked within her field and beyond, tapping, as she did at Radcliffe, a wide range of expertise. The fellowship has yielded a book project on the neurobiological underpinnings of environmentally relevant behavior, as well as a proposal for an interdisciplinary Harvard freshman seminar on the topic.

Duhaime is also working on the blueprint for a “green” children’s hospital that will be cost- and energy-efficient, have a biophilic design, and act as a living lab for studying whether and how such buildings might affect the reward systems of patients and health care professionals. Research shows that parents are worried about the future of the planet for their children, and considerable scientific data indicates that exposure to nature aids both healing and stress.

“It’s about how to engage people,” Duhaime said, “so that their reward system is actually on the side of saving the environment.”

As part of the 2015–2016 Fellows’ Presentation Series at the Radcliffe Institute for Advanced Study, Ann-Christine Duhaime RI ’16 presents “Brain Rewards, Plasticity, and Consumption: The Neurobiology of Sustainable Behavior,” in which she explores how inherent brain drive and reward systems may influence behaviors affecting the environment.