The power of babble 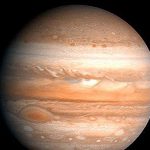 What do babies need in order to learn and thrive? One thing is conversation — responsive, back-and-forth communication with their parents and caregivers. This interactive engagement is like food for their developing brains, nurturing language acquisition, early literacy, school readiness, and social and emotional well-being.

A dispiriting number of children don’t get that kind of brain-fueling communication, research suggests. In early childhood policy (and in the wider media), much attention has been paid to the so-called word gap — findings that show that low-income children hear 30 million fewer words, on average, and have less than half the vocabulary of upper-income peers by age three. But putting that alarming number in the spotlight obscures a more critical component of the research, says Harvard Graduate School of Education literacy expert Meredith Rowe: It’s not so much the quantity of words but the quality of talk that matters most to a child’s development.

In a commentary published Tuesday in the journal JAMA Pediatrics, Rowe joins forces with Boston Medical Center pediatrician Barry Zuckerman to offer specific guidance to pediatricians and parents about just what kind of talk is most important, and at what ages and stages in a child’s growth. Rowe and Zuckerman (who launched Reach Out and Read, an early childhood literacy program that provides books to children at pediatric visits) are collaborating across disciplines to reach an often elusive audience: parents of infants and toddlers around the age of three, who haven’t yet started preschool.

“Parents should not get the wrong message and be stressed out about talking all the time or meeting a set number of words per day,” Rowe and Zuckerman note. “Instead they should focus on finding time for even brief high-quality, loving interactions.”

Effective communication during these early months is infant-directed speech, colloquially called “motherese.” This is the retinue of exaggerated sounds and facial expressions that parents use to gain their infants’ focused attention. (Regular adult speech doesn’t capture infants’ attention; neither does speech on television.) When parents respond warmly to an infant’s babbling, they set the stage for language learning — and create a bond that lays the groundwork for resiliency.

Infants’ receptive vocabulary — words they can understand — increases dramatically now; they can point to their nose about six months before they can say “nose.” They learn best from social interactions with caregivers that focus on the here and now — on real objects or bright pictures of an object. Gesturing — especially pointing (and naming) — is key in this stage.

As verbal and cognitive skills develop, parents can begin to have more challenging conversations with their toddlers. Asking “what” and “where” questions, taking turns in conversation, and using more and different words are essential during this period.

36 Months and older: Beyond the present

At this age, children learn most from conversations about the past and the future. Parents can begin to build their child’s storytelling skills, talking about what happened first and what came later — even recording a child’s play on a smartphone and then asking the child to describe what’s happening. At this age, ask challenging “why” and “how” questions, and answer a child’s questions with clear explanations.