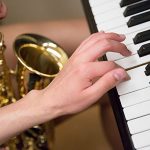 Raiffa joined the Harvard faculty in 1957. With a diverse group of Harvard stars that included Richard Neustadt, Tom Schelling, Fred Mosteller, and Francis Bator, Raiffa would form the core of what would be the modern Kennedy School (HKS) in 1969, and played a central role in the School for decades as a teacher, scholar, and mentor. Together with colleague Robert Schlaifer, Raiffa wrote the definitive book developing decision analysis, “Applied Statistical Decision Theory,” in 1961. He also wrote a textbook for students like those at HKS, and a simpler, popular book on the subject.

“Along with a handful of other brilliant and dedicated people, Howard figured out what a school of public policy and administration should be in the latter decades of the 20th century, and then he and they created that school,” said Raiffa’s longtime friend and colleague Richard Zeckhauser, Frank Plumpton Ramsey Professor of Political Economy.

“Despite his great accomplishments as a teacher and scholar, those who knew Howard well treasured him for the generosity of his spirit, his great warmth, and his desire to always be helpful, whether fostering cooperation among nations, choosing where to locate Mexico City’s airport, or designing a curriculum for teaching analytic methods.”

This combination of work marks Raiffa as a model for the Kennedy School: His scholarly analysis advanced experts’ understanding of many important questions, and he also knew how important and valuable it was for him to speak to the broader world.  In particular, he recognized that the methods he had pioneered and mastered could be helpful to people with much less sophistication, and he reached out to help them.

To read the full obituary and view a taped interview, visit the Harvard Kennedy School website.