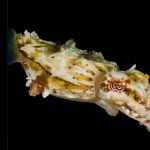 The team’s identification of a novel compound, MIND4, appears to protect against neurodegeneration in cellular and animal models of HD by means of two separate mechanisms — inhibiting a regulatory enzyme of the nervous system (SIRT2), and stimulating activity of the NRF2 pathway, which regulates the expression of protective, antioxidant proteins. The report will be published online in the journal Cell Chemical Biology.

“Based on numerous studies, it has become evident that the pathologies of neurodegenerative diseases, including Huntington’s disease, are very complex, so targeting multiple pathways may help us achieve maximum therapeutic benefit,” said Aleksey Kazantsev, who led the study as an investigator at the MassGeneral Institute for Neurodegenerative Disease (MIND). “The lead compound identified in the current study has two distinct mechanisms, both of which are shown to be potentially neuroprotective and which we expect will have synergistic benefits.”

Previous work from Kazantsev’s MIND team identified SIRT2 as a promising treatment target for Huntington’s as well as for Parkinson’s disease. Building on those findings, he and his collaborators from 12 research institutions in five countries began searching for a scaffold — a group of molecules with similar chemical structures — that could be the basis of more potent and selective SIRT2 inhibitors. Starting with the most powerful SIRT2-inhibiting compound they identified, which they called MIND4, they assembled a group of structurally similar compounds with varying levels of effectiveness.

In investigating how MIND4 acted to inhibit SIRT2, the researchers were surprised to find that the top seven pathways activated by treatment with MIND4 were related to the oxidative stress response mediated by NRF2. Additional experiments indicated that activation of NRF2-mediated pathways did not depend on SIRT2 inhibition.

“Finding that MIND4’s SIRT2 and NRF2 activities are independent of each other is a critical step for further drug development, which indicates that work to improve the potency of each activity should proceed separately,” said Kazantsev. “We still don’t know whether the neuroprotective results we observed in this study depend more on one activity or the other, but since MIND4, which produces both activities, was a better protectant than [a MIND4 derivative] which only activates NRF2, I speculate that both activities will be necessary.”

He added, “MIND4 is a great starting template for drug development, and we have promising preliminary results in two mouse models. We also need to optimize the pharmacology to meet FDA requirements for a version we can test in human patients. Right now, we expect to have results regarding the mechanism behind NRF2 activation ready for submission soon.” Kazantsev recently joined the Cambridge, Mass.-based startup company Effective Therapeutics, LLC, but continues to collaborate with his colleagues at MGH and other institutions.

Anne B. Young, former MGH chief of neurology and founder of MIND as well as Effective Therapeutics, said, “These multidisciplinary studies highlight new pathways that can be targeted for HD therapy but also very likely for other neurodegenerative diseases, too.”

A pdf of the study is available here.