Eternal light, up for grabs 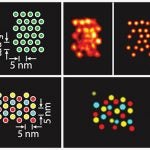 The Outer Space Treaty bars any nation — and by extension, corporation — from owning property on a celestial body, but a loophole in the pact may amount to the same thing, warns a Harvard-Smithsonian Center for Astrophysics (CfA) researcher.

Martin Elvis, a senior astrophysicist at the CfA, says that provisions in the treaty allow nations to exploit resources, including through establishing research stations, and bar others from disrupting such endeavors. In some cases, this could amount to de facto ownership, Elvis said. As China and Japan plan moon landings, and corporate leaders eye their own space ventures, the loophole has gained in importance.

Elvis spoke with the Gazette about his recent paper on the issue, co-authored with Tony Milligan of King’s College London and Alanna Krolikowski, a former Fairbank Center fellow now at Georg-August University Göttingen, and published in the journal Space Policy. A realistic scenario, he and his fellow researchers wrote, would be a race to claim the lunar “Peaks of Eternal Light,” bathed in near-perpetual sunlight and thus ideal for a photovoltaic power station.

GAZETTE: What is the Outer Space Treaty and what does it say?

ELVIS: It was agreed upon in 1967, during the Russian-U.S. rivalry over getting to the moon. It was concluded very quickly and it was a fight between socialist principles of the Russians — keeping space common property — and the U.S. capitalist approach saying we should be able to exploit space for its resources. And they sort of sit uncomfortably together in the treaty.

So you can’t own any celestial body as it’s defined, including the moon, but you can make use of its resources. That leads to a sort of tension, but it has never mattered because it’s never actually come up as a practical issue.

GAZETTE: It sounds like the main concern is that nations could potentially abide by the letter of the law but not its spirit.

ELVIS: Things are changing very rapidly in space. Over the past 10 years, there have been a series of surveys of the moon and [we now know] it’s not just a gray, dusty sort of place, with some mountains and some lowlands and otherwise kind of boring. There are very highly differentiated resources, concentrations of particular metals or minerals. That’s very interesting, scientifically, but it also means some spots are more valuable than others. We highlighted the rarest one — these little ridges at the poles in almost permanent sunlight [the Peaks of Eternal Light]. That means you can have an almost continuous power supply.

GAZETTE: What is so special about the ridges? How big are they?

ELVIS: Unlike the Earth, which is tilted so the poles are in six months of darkness and six months of light, the moon is almost perfectly aligned with its orbit around the sun. You can imagine a single mountain peak near the south pole, going round and round as the moon rotates, illuminated by the sun. In practice, we’ve now mapped out the moon carefully enough that we see there are some very thin ridges — crater rims and ridges joining craters — that are very close to being that. But they’re tiny, thin ribbons and their total area is a few football fields.

GAZETTE: All together or …

ELVIS: All together, yes.

GAZETTE: So you’re talking about the highest knife-edge of a ridge?

ELVIS: Yes. And even then you have to build some structures a few yards high to really get continuous illumination. And they sit right next to some permanently dark craters. For the same reason — the moon is not tilted — their crater floors never get exposed to sunlight at all. So they’ve got billions of tons of water and other materials deposited there by comets and asteroids eons ago. Those are resources people want to exploit. You’ve got resources next to a power source, and that can get an industry started. A lot of people are excited about that. So these peaks are the most precious lunar resource there is.

GAZETTE: Is this more of a concern now that we have private companies figuring out how to make reusable rockets and deliver payloads more cheaply?

ELVIS: Oh, yes. Ten years ago we didn’t even know about the very uneven distribution of resources on the moon, certainly not in any detail. And 10 years ago no one was talking about going back to the moon. Now, not only are China and Japan planning a series of missions to the moon, China just announced that one of its missions would land at the south pole somewhere. There are also private companies, stimulated by the Google Lunar X Prize. And there are two teams that have rocket flights booked for 2017, an Israeli team and Moon Express, a U.S. company. And they seem to be looking at being able to send a lander to the moon for $50 million, which is very cheap by space standards. So this makes it a very urgent issue.

GAZETTE: What is the concern?

ELVIS: People would want to start putting power stations on these Peaks of Eternal Light and use them for exploiting the resources. What we pointed out is that a very simple experiment, similar to the one that the Chinese have already landed on the near side of the moon, [could serve to limit access to others]. You land on one end of the ridge and a little rover goes off, trailing a little copper wire behind it. It trundles off to the other end of the ridge, and that would then form a radio telescope.

GAZETTE: So all you would need is a stretch of wire to form a radio telescope?

ELVIS: Yes, just a dipole antenna like you used to have on your roof for your TV.

That’s a perfectly valid experiment for solar physics. You would study the low-frequency part of the radio spectrum that cannot be studied from Earth because those waves don’t get through our atmosphere. It would be permanently exposed to the sun and you can claim — because you want to do clever Fourier analysis techniques — that you need continuous coverage [by sunlight]. That’s crucial, because then you say, “This is wonderful. I’ve just set up a research station, as anyone is allowed to under the Outer Space Treaty. And I’m happy for you to come and inspect it, as is required under the Outer Space Treaty. Except you mustn’t interrupt my operations, as is required under the Outer Space Treaty, and I’ve got a bare copper wire here, so don’t bring a radio, don’t bring any electrical equipment whatsoever, because it will pick up on my wire and ruin my solar physics experiments.”

And that means you can’t visit because there is no way to get around on the moon without any electrical equipment at all. So I basically, totally legally, have effectively taken possession. In effect, I own it, because how are you going to get me out of there if you want to put up photovoltaic cells? You’re going to have to make it worth my while to roll up my copper wire. You could complain, but who are you going to complain to? There is nobody to oversee these disputes. And that’s what we’re really pointing out, that it’s time to realize that because of the highly non-uniform distribution of resources on the moon and the imminent arrival of several players, we’d better start thinking about what those mechanisms should be.

GAZETTE: Should this be handled by international treaty or is it something for the U.N.?

ELVIS: We talk about different ways of doing it. They’re very hypothetical because you’re going to have to have international negotiations to decide what the mechanism should be. It’s very hard to do treaties anymore, but you could interpret the treaty we already have. It’s very uninterpreted at this point — there isn’t a lot of decided law flowing from it. We might do as we did with the Space Resource Exploration and Utilization Act last year. We might have an act which decides what the rights would be for U.S. people, and derive from the original treaty what we think that means for U.S. citizens or corporations. I think it deserves discussion by people skilled at this kind of thing. It’s not just these Peaks of Eternal Light; all space resources are very unevenly distributed. We have to think about it.

GAZETTE: For people who believe human expansion in space is a good thing, is this, in a way, a good problem to have, in that we’re on the cusp of having more permanent human activity on the moon?

ELVIS: I’m one of those “space cadets” and I think it is, yes. I’m probably more of a Jeff Bezos type than an Elon Musk type. Elon wants to go to Mars to have a backup plan for the world. Jeff Bezos says we should be using this planet for what it’s good for, not for exploiting its resources and polluting it. We should offload our heavy industry into space. And in the long term I think that’s what’s going to happen. I think a lot of excitement is going to happen in the next decade, which I hope to witness. I’m just trying to get things more realistic. Kind of bring it down to earth, as it were.