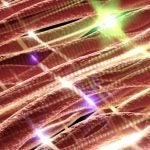 Chromatic aberration a plus for cephalopods, research suggests

For years, camera makers have sought ways to avoid chromatic aberration — the color fringes that occur when various wavelengths of light focus at different distances behind a lens.

But where photographers see a problem, some sea creatures see possibility.

A new study, co-authored by the father-and-son team of Christopher and Alexander Stubbs, suggests that chromatic aberration may explain how cephalopods — the class of animals that includes squid, octopi, and cuttlefish — can demonstrate such remarkable camouflage abilities despite being able to see only in black and white. The research is described in a July 4 paper in the Proceedings of the National Academy of Sciences.

“There’s been a longstanding paradox that [cephalopods] manifest these vivid chromatic behaviors,” said Christopher Stubbs, the Samuel C. Moncher Professor of Physics and of Astronomy. “That would lead any observer, even a layperson, to conclude that they must be able to deduce things about coloration.”

But what would possess a Harvard physicist to devote time and energy to one of the most persistent mysteries in biology? For Stubbs, the answer was simple — his son.

“He chased me down with an idea he’d come up with, and the more we talked about it, the more sense it made,” he said. “I credit my co-author with having the aha moment here.”

That aha moment, Christopher Stubbs said, was the realization that cephalopods could potentially detect color by adjusting the focal position of their eyes to detect different wavelengths of light, and then composite each into a “color” image of the world.

“You can think about it like a digital camera dithering back and forth to find the crispest image,” he said. “To me, what’s really persuasive about this argument is … the pupils in these animals are an off-axis U shape, and that actually maximizes this chromatic signature at the expense of image sharpness. So it actually looks like there’s been selective evolutionary pressure for their pupil shape to maximize this phenomenon.”

To understand just how cephalopods might take advantage of chromatic aberration, Christopher Stubbs turned to code he’d written for astrophysics research and created a computer model of how the animals’ eyes work.

“People have done a lot of physiological research on the optical properties of lenses in these animals,” he explained. “We wrote some computer code that essentially takes test patterns and moves the retina back and forth, and superimposes that on the image and then measures the contrast.”

Though it’s not definitive evidence of how cephalopods understand color, Christopher Stubbs said the mechanism described in the study does agree with earlier studies of cephalopod eyes.

“I’m not a life scientist, but I think in some ways, this is such an elegant mechanism that it would be a shame if nature didn’t capitalize on it,” he said.

Ultimately, Alexander Stubbs said, the hope is that the study will offer a direction for study in the search for a conclusive answer to how the squid and octopus became masters of camouflage.

“This is an entirely different scheme than the multicolor visual pigments that are common in humans and many other animals,” Alexander Stubbs said. “High-acuity ‘camera style’ lens eyes in octopus, squid, and cuttlefish represent a completely independent evolution of complex eyes from vertebrates, so in some sense we shouldn’t necessarily expect that this lineage would solve problems like color vision in the same way.

“These organisms seem to have the machinery for color vision, just not in a way we had previously imagined.”