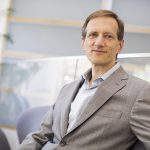 After peak in global catch, analysis points to health as growing concern

The world won’t be able to fish its way to feeding 10 billion people by mid-century, but a shift in management practices could save hundreds of millions of fish-dependent poor from malnutrition, according to an analysis led by Harvard researchers.

At its heart, the issue is one of supply and demand. Global fish catches peaked in 1996, while world population is expected to rise through 2050, from 7.3 billion to between 9 billion and 10 billion. But a range of other factors complicates the issue, including natural processes, economic pressures, international regulations, and human health.

The analysis of databases from the University of British Columbia-based organization Sea Around Us, by a team led by Samuel Myers at the Harvard T.H. Chan School of Public Health, says that those likeliest to suffer the effects of fishery declines are the poor, particularly those for whom fish make up a significant part of their diet.

The work estimates that, in the coming decades, 11 percent of the global population — 845 million people — will be vulnerable to micronutrient deficiencies due to a reliance on seafood, a figure that climbs to 19 percent, or 1.39 billion people, if nutrients found only in animal sources, such as vitamin B12 and DHA omega-3 fatty acids, are included.

Lead author Christopher Golden, a research scientist at the Harvard Chan School and associate director of the Planetary Health Alliance, said that it is important to keep in mind nutrition in determining how fisheries are managed.

“We’re missing an enormous piece of this picture, because many of the consequences of the way we manage resources and conserve natural systems will have very strong and powerful downstream effects on human health,” Golden said. “It’s not just a biodiversity issue, it’s not just an economics issue. We need to be really thinking through this third dimension: human health and well-being.”

The Planetary Health Alliance launched in January, in partnership with the Wildlife Conservation Society and with support from the Rockefeller Foundation. The study was conducted under the joint leadership of Harvard, the University of British Columbia, the University of Washington, and the University of California at Santa Barbara, with funding from the Wellcome Trust and the National Socio-Environmental Synthesis Center.

The new analysis “is a powerful reminder of how the futures of our food sources, the environment, and our health are entirely interdependent,” said Clare Matterson, director of strategy at the Wellcome Trust.

Michael Myers, managing director at the Rockefeller Foundation, said that the problems facing fisheries are an example of the type of interdisciplinary challenge the field of planetary health is intended to address.

“We must recognize and embrace the broad connections between human health and the environment in order to identify more effective solutions for keeping people healthy,” he said.

According to the report, to be published Thursday as a commentary in the journal Nature, deficiencies in the micronutrients fish provide, including vitamin B12, iron, and zinc, can affect maternal mortality, child mortality, cognitive defects, and immune function. Some 45 percent of mortality in children under 5 is attributable to undernutrition.

The problems facing subsistence fishing populations go beyond overfishing, which in some regions has been successfully addressed through sound management. Destructive fishing practices and coastal pollution are degrading the aquatic environment. Climate change is also inflicting damage.

Warmer water and acidification bleaches coral reefs while rising temperatures are forcing tropical species poleward. The effects of climate change could reduce catch by 6 percent globally and by as much as 30 percent in certain tropical regions. Warming tropical seas will hold less oxygen and cause fish to get smaller, cutting overall biomass by about 20 percent by 2050.

As Golden pointed out, people in industrialized nations can compensate for the nutritional gap left by a decline of fish through replacement foods, supplements, and vitamins. The same choices are often not available to those in developing nations.

Among developing countries there is wide variation in threats to fish supplies. A large island nation like Madagascar, where Golden has worked on the interface between human health and the environment for 17 years, suffers most from unsustainable fishing practices and foreign fleets in its waters — issues that better management might address. However, developing island states, such as Kiribati, Maldives, Palau, and Vanuatu, may face intractable problems. Climate change will probably push local fish species toward the poles, while rising seas may flood low-lying, aquaculture-heavy areas. The poor will probably fall back on less-nutrient-rich foods, such as rice and tubers.

“Wealthy nations are somewhat immune to these environmental effects,” Golden said. “They can create systems of food imports, intensive agricultural food production, fortified foods, and supplements that buffer them from the potential pitfalls or consequences, whereas it is poorer populations dependent on the direct pathway from the environment to their own well-being that are most at risk. There’s almost a reverse Robin Hood system where the wealthier nations are now going into biodiversity-rich areas, with robust fish populations, and using foreign fleets to capture resources — both legally and illegally — and bring them back to wealthier populations that don’t need them.”

Some see aquaculture as an answer to the problem, but Golden balked at that idea. While global aquaculture has exploded, outstripping wild catch destined for human consumption for the first time in 2014, much of the production is intended for the developed world or for developing nations’ elite. In addition, he said, aquaculture is not entirely divorced from wild fisheries, as wild stock provides meal for farmed fish.

While it’s unlikely that wild harvests will provide nutrition to match a larger human population, better management could improve catches by as much as 10 percent, Golden said, and, if such practices pay heed to nutrition, hundreds of millions of cases of malnutrition could be avoided.

“It’s a really important time to be sounding this alarm so nutrition-sensitive policies can be implemented,” he said.