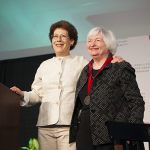 In this immersive video series, five graduating seniors say farewell to Harvard, reflecting on their experiences in some of their favorite University spaces.

In order to take advantage of the virtual reality experience, the pieces below can be accessed in several ways.

“Harvard still feels big, the difference is that I feel big now too.”

“Every time a curtain goes up before me, I want the world to be surprised by what they see in me.”

“Harvard tore me to the core, bringing me closer to who I am to become.”

“Arriving at Harvard was far from easy, but it will be much harder to leave.”

“It felt as though I was living in two different world: one here, and one on the other side of the ocean.”