The arts in review 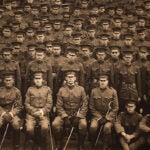 It was a year of creativity, performance, and history making

Harvard’s newest and 49th academic concentration became a reality in 2015 with the arrival of the Theater, Dance & Media concentration. The concentration blends historical and theoretical study with arts practice; students explore the history of theater and critical and scholarly approaches to its genres, and dive into all aspects of art making, including directing, acting, dramaturgy, design, and dance. In announcing the new concentration at Farkas Hall, President Drew Faust said the arts “enable us to create and communicate meaning and values. They challenge us to question, to broaden our expression, to deepen our understanding of ourselves and of others, and of what it is to be human. And they nurture within us a willingness to engage with new ideas and new people … to take risks. They nurture a kind of curiosity and openness that is at the heart of everything that we seek to do.”

The past year saw change in some of Harvard’s top arts roles. In July, the internationally acclaimed Cuban musician, composer, bandleader, and educator Yosvany Terry was appointed to a new joint position as director of Jazz Ensembles and senior lecturer on music. In March the Harvard Art Museums named Martha Tedeschi as its Elizabeth and John Moors Cabot director, replacing Thomas W. Lentz, who spearheaded the project to unite the museums’ collections under one glass roof. Prior to Harvard, Tedeschi served as deputy director for art and research at the Art Institute of Chicago. After 10 years as Dean of Arts and Humanities, Diana Sorensen plans to return to full-time teaching as James F. Rothenberg Professor of Romance Languages and Literatures and of Comparative Literature. During her tenure, Sorensen helped to lead nearly a dozen new initiatives, including the undergraduate Summer Humanities Arts and Research Program and the Theater, Dance & Media concentration. Sorensen passes the baton to Robin Kelsey, the Shirley Carter Burden Professor of Photography and chair of the Department of History of Art and Architecture. He takes up the post July 1.

Harvard welcomed numerous artists to campus for lively conversations with the community. In February, funnyman and Harvard alum Conan O’Brien ’85 sat down with President Drew Faust to discuss the importance of an arts-and-humanities-based education. “The Origins of Others: The Literature of Belonging,” was the overarching theme of a March lecture series by author Toni Morrison. The Nobel laureate delivered the Charles Eliot Norton Lectures hosted by the Mahindra Humanities Center. Opera legend Placido Domingo discussed his life in music in an April talk presented by the Division of Arts and Humanities, the Office for the Arts at Harvard, and the Cervantes Observatory of the Spanish Language and Hispanic Cultures in the United States. Harvard’s annual celebration of creativity, Arts First, kicked off in late April with the awarding of the Harvard Arts Medal to architect Frank Gehry Ar.D. ’00.

Happenings at the American Repertory Theater

The American Repertory Theater (A.R.T.) continued to expand the boundaries of theater during its 2015/2016 season, with two productions in particular. Based on a section of Leo Tolstoy’s “War and Peace,” “Natasha, Pierre & The Great Comet of 1812” turned the Loeb Drama Center into a bustling nightclub complete with café seating and performers mingling with the audience. The show opens on Broadway in October. The A.R.T.’s musical “Waitress” was based on the 2007 film about an unhappy restaurant worker with a talent for baking pies. A.R.T. artistic director Diane Paulus directed the musical; singer/songwriter Sara Bareilles was behind the music. The show moved to Broadway and is nominated for four Tony Awards, including best musical and best original score.

Students were busy making art all over campus, and many of them showcased their work during the annual four-day Arts First festival organized by the Office for the Arts. In its 24th year, the celebration featured more than 200 music, theater, dance, film, visual arts, and multidisciplinary events, including classical concerts, rock ‘n’ roll jams, stand-up comedy, storytelling, spoken word poetry, magic tricks, hip-hop, a cappella, klezmer, and beat-boxing, as well as a student-led public art installation created as a response to the results of the Association of American Universities-sponsored sexual conduct survey.

Building on the spirit engendered by the new Theater, Dance & Media concentration, Harvard undergraduates and students at the A.R.T. Institute staged the first in what many hope will be an annual cabaret. Song, dance, mischief, and monologue were all part of the show at the Signet Society in November. The night of performances was built around the theme of stress and included eight numbers and 30 student performers.