From Harvard to the NFL 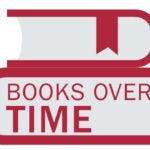 Books of their youth

The Harvard football team hosted its annual barbecue party on April 30 in the courtyard of one of the Radcliffe Quad’s dorms. The barbecue is a ritual that allows the players to celebrate with each other before the seniors graduate and the underclassmen head back into grueling summer practices. But some members of Harvard’s highly successful team were not there.

For seniors Cole Toner, Ben Braunecker, Anthony Fabiano, Scott Hosch, and Adam Redmond, that weekend was when their fates as professional football players would be decided. That was the weekend of the National Football League draft, which is followed by mass signings of unselected players.

Toner had his parents visit from Indiana to learn the results in his dorm room with his close friends. Hosch also decided to stay on campus, and his brother came to town. Braunecker, Fabiano, and Redmond went to their hometowns in Indiana, Massachusetts, and Ohio, respectively, to hear the results with friends and family.

Around 4 p.m. on Saturday, Toner was picked in the fifth round of the draft, number 170 overall. A Snapchat video shows the television screen in his room flashing to the Arizona Cardinals. He gets the official call, and everyone in the room is ecstatic.

Braunecker joined Hosch, Fabiano, and Redmond in the pool of undrafted free agents. The Chicago Bears snagged Braunecker. The Baltimore Ravens snatched up Fabiano, and Redmond will be joining the Indianapolis Colts. Hosch will continue on with the Detroit Lions. A whopping five players are headed for the NFL.

Noting the sheer talent that the Harvard 2016 draft class possesses, Toner spoke highly of “the lineage that Harvard now has.” Reflecting on the process that got them all to the edge of the NFL, he said, “It’s [been] a ton of fun to train with Adam, Ben, Anthony, and Scotty.”

Despite the strong performances of the five players and their team, which went 9-1, the idea of Harvard football producing so much NFL talent may seem like an anomaly to some. Decidedly, Ivy League football is not as competitive as schools in the SEC or Pac 12, and does not contain nearly the wealth of talent. However, that doesn’t mean that Harvard’s 117-man roster lacks players who just as easily who could have attended big football schools like Ohio State.

Harvard football players are student-athletes in every sense of the word, balancing academics and sport. That balance is what drew these five players to the College and its football program. During their time at Harvard, all five have had to overcome challenges and have risen to the occasion many times over.

Braunecker understands that trying to play in the NFL after playing for Harvard may seem over-aspirational. But he recognizes the talent that Ivy League players possess. “On a national scale, Ivy League football programs have a ‘bad rep’ of the players being scholars first and no one really goes to the games.” But after playing for Harvard for four years and going to the NFL Combine, he said, “The best athletes at the Ivy League aren’t that different from athletes in the Big 10 or PAC 12.”

In the years since Redmond and Fabiano first entered Harvard, the football team has amassed an impressive number of wins and set several records that routinely got broken during the following season. The sustained success of Harvard football is what makes the program an anomaly among most programs and, for those paying attention, makes the fact that so many players are a part of the 2016 draft and signing class no surprise. Four out of the last five years, Harvard has won or tied for the Ivy League championship. In addition, Harvard hasn’t lost The Game to Yale in almost a decade.

This success has come under the leadership of Tim Murphy, the Thomas Stephenson Family Head Coach for Harvard Football. Since the 1990s, Murphy has had the highest winning percentage of any Harvard football coach. For 22 seasons, he has picked bright and talented football players. The most recent and notable of his veterans include Kyle Juszczyk ’13 (Baltimore Ravens), Cameron Brate ’14 (Tampa Bay Buccaneers), Nick Easton ’14 (Minnesota Vikings), Zachary Hodges ’15-16 (Los Angeles Rams), and, most famously, Ryan Fitzpatrick ’05 (New York Jets).

During a 2014 interview with The Crimson, Murphy said of the players he recruits, “Those kids who have great character seem to exceed at whatever their athletic and academic potential is perceived to be.” Though his players say Murphy is tight with compliments and is well known for his stoicism, they hold his opinions in high regard.

They get to hear those opinions during the one-on-one meetings he holds with each player to discuss his performance on the field and what he wants to get out of college and life. It was during these performance reviews that many of the players in this year’s draft class realized their potential to end up in the NFL.

Braunecker said, “In terms of Harvard preparing me for this process, a lot of the credit should go to Coach Murphy. He helped me transform from a small-town boy to an Ivy League man.” Fabiano agreed: “He pushes you to be the best player that you can be, and what you want to be.”

Offensive line coach Jeremy Bandy said, “Mentally, our goals are to get the kids to understand the game of football, not just form their eyes/position, but to see the big picture.” He continued, “What set Cole and others apart is that their knowledge of the game was so high, they could predict what was going to happen, before it happened.”

For the five players, entering the draft and priming themselves for free agency was physically and mentally exhausting. Before the draft, Toner called the process “a four-month-long job interview. Constant prep. Now it’s just a waiting game, and we’ve done all we can.” During the process, the players met with representatives from various teams and went through numerous workouts, doing everything possible to impress coaches who were looking at hundreds of other prospects.

Before the draft weekend, the five took a series of smaller tests, physical and mental. All of that followed the long regular 2015 season, various invitational bowl games, the NFL Combine, marketing themselves to scouts and coaches during pro days, attending team meetings and practices, and continuing to hit the gym, all while balancing the academic responsibilities of being Harvard students.

In January, Toner played in the Reese’s Senior Bowl in Mobile, Ala., which features the country’s top players. “It’s huge to get that — the best seniors in the country playing in an all-star game. You spend a week practicing in front of scouts,” said Toner.

Toner and Braunecker also participated in the NFL scouting combine, during which the players were subjected to physical skill tests, team interviews, mental health exams, and other competency tests. Braunecker shook his head remembering the intensity of the Combine. “It’s a four-day marathon job interview,” he said. “Two days of medical testing, drug testing, blood testing, X-rays, MRIs, and tons of orthopedic manual exams.” He had interviews with coaches and scouts every night from 8 to 11. He felt he “barely had time to breathe.”

Perhaps the easiest challenge for Toner and Braunecker was the 50-question Wonderlic Aptitude Test. Braunecker said. “Everyone talks about that with Harvard guys. Fifty questions in 12 minutes. It really doesn’t matter that much as long as you have talent.” He did concede, “For small-school guys, it doesn’t hurt to be smart.”

During the practices and workouts, the players always had to wear their game faces. “Everything is under a microscope in this process. Any misquote or wrong action can cost you a spot on the team, a career at this point,” emphasized Hosch.

In addition to handling the pressure of draft prep, these players were also grappling with others questioning their choices. Some people asked why Harvard students would risk getting hurt, especially a brain injury, in a career that lacks many guarantees.

For all five, the answer was simple: They enjoy football. Toner said, “I love football. I have talent, and I have the ability to play at a high level.” He added, “It’s a great career after college. I think it is risky, sure. You risk injury, but I’ve been lucky.” But, he said, “It should be fun.”

Fabiano said, “I think that the game has gotten safer, and the people they are looking at played the game at a time without as much regulation and practices. I’m not worried about it. Play correctly and there is no reason you should get a concussion.”

In addition to leaning on each other through the draft process, the five sought mentors in some of the Harvard players who went through it a year or two before them, including current Los Angeles Ram Hodges. When he returned to campus this past off-season to finish his degree, Hodges had advice for those who followed: “I was reminded that the game of football itself is still the same. There are a lot of politics and egos when it comes to the business surrounding pro athletics, but the game is still the same.”

Despite all the work Hodges did and the work the current draft class is doing, he said, “Honestly, you have almost no control over the process. All you can do is prepare the best you can for when you get an opportunity to perform.”

Getting through the draft and signing with their teams was just the first step for Toner, Braunecker, Fabiano, Redmond, and Hosch. Now they must prove themselves worthy and capable as they head into their rookie seasons. If everything they’ve done up to this point is indicative, they should be up for the challenge.

Embracing their newly defined futures, Fabiano said, “I am ready to play. I’ll adjust to the level of competition as I go.”