For groups in conflict, genes matter 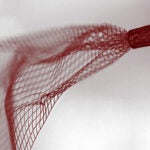 Genetics could play an important role in the dynamics of human conflict, new research suggests.

A study led by Sasha Kimel, a visiting professor in Harvard’s Psychology Department and a former Harvard College Fellow, shows that giving groups in conflict information about their genetic similarities or differences can tilt them toward conflict or peacemaking. The findings are described in a May paper in the journal Personality and Social Psychology Bulletin.

“We found evidence that if you make Arabs and Jews believe they are either genetically similar or different from another, that can impact their propensity for peace or conflict,” Kimel said. “The fact that emphasizing genetic similarities between these groups sometimes led to support for peace suggests that there may be something special about genes.

“Emphasizing similarities between groups in conflict has often been found to lead to more hostility because it can be threatening to think about how very similar you are to a group you hate. With genes, though, you can have a unitedness on one front — this deeply rooted level — and distinctiveness on the more surface level, such as with culture, and this can be less threatening. But this genetic-similarity approach had never been investigated.”

To test how information about genetic similarities and differences affect perceptions among groups in conflict, the researchers designed a series of experiments that involved reading a news story on the genetics of Jewish and Arab populations. Some participants read a version focusing on genetic similarities between the groups; others, a version describing genetic differences.

“In the first study, we just looked at whether we could switch Jewish and Arab attitudes about each other — things like how unfriendly or violent they see the other group as being — depending on the article that they read,” Kimel said. “And we found that we could.”

“We had volunteers perform what we call a ‘noise blast’ task, in which Jewish participants believed they were delivering loud blasts of noise — the loudest being equivalent to a fire alarm — to an Arab person in another room,” Kimel said. “They gave larger blasts of noise to this person when the differences were emphasized. When the similarities were emphasized, the noise intensity that they gave was lower.”

To understand how much genetic similarities and differences might influence views on war and peace, Kimel and colleagues conducted a third experiment.

“We also wanted to see if we could impact Jewish-Americans’ opinions related to the Israeli-Palestinian conflict and if we could do this in a way that would actually lead to more support for peacemaking, so we looked at the impact of emphasizing genetic similarities and differences relative to when people are not influenced by genetic information, and it did. That suggested that emphasizing genetic similarities might be an effective intervention for reducing conflict in some contexts.”

When she took the study to Israel, she was surprised by the results.

Rather than asking subjects to come into the lab, researchers randomly assigned Jewish commuters on public transit to read one of the three news articles, and then gave them a series of questions.

“This study was more about concrete political compromises that Israel could make with the Palestinians, so we focused on things like how likely people are to support a two-state solution or if they supported the use of violence against Palestinians,” Kimel said. “What we found was that reading about the genetic similarities wasn’t too effective here. Instead, it was the emphasis on genetic differences that was really harmful. Emphasizing genetic differences really exacerbated the negative feelings and hostility.”

Though she remains unsure of why exactly the results skewed toward the negative, Kimel has come up with some possible explanations.

“One is that it’s possible that Jewish-Israelis already assume there’s a lot of genetic similarities between the two groups, so it might be hard to shift their attitudes on that,” she said. “The other is that their negative views may be so deeply entrenched that it might be harder to shift them in the positive direction.”

In the short term, Kimel said, the study can offer a way for conflict-watch organizations to stay ahead of inter-group strife.

The paper also cites popular media reports on the genetic differences between groups with a history of conflict. Such articles are cause for concern, Kimel said, because they often fail to mention just how genetically similar humans are.