When picky eating is too great a luxury 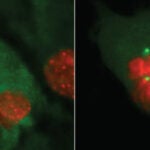 But recent research by Caitlin Daniel, a doctoral candidate in sociology in Harvard’s Graduate School of Arts and Sciences, shows that low-income parents face a critical burden other parents don’t: They can’t afford the waste that goes hand in hand with getting kids to eat their Brussels sprouts.

The research, backed by a Harvard catalyst childhood obesity pilot grant and published in the journal Social Science and Medicine, provides new understanding of one of the forces driving the American obesity crisis. Daniel spoke to the Gazette about the costs of eating well.

GAZETTE: Your research sheds light on some of the economic roots of the obesity epidemic as it affects low-income families: food waste and picky kids. Can you describe your work for us?

DANIEL: The paper comes from a broader project on the food decisions of parents across the socioeconomic spectrum. It comes at a time when concern about diet-related disease is on the rise. The particular goal of this project is to understand the interplay between economic constraints on the one hand and the ideas that people hold about food on the other. This interest is largely borne of my own personal experience growing up in a lower-income household, where economic constraints were definitely part of food decisions. But I also noticed that social and symbolic aspects of eating were nonetheless present.

This interplay between the social and symbolic and economic wasn’t reflected as much as I wanted in public health research on food choices among the poor. It wasn’t reflected in sociological and anthropological research on food and eating either. And my sense was that if we want to understand the socioeconomic disparities in diet quality and diet-related health, we really need to understand the resources people have to procure food, as well as the place food holds in their life in a symbolic and social sense.

GAZETTE: Specifically, what did you do?

DANIEL: Three summers ago, I started interviewing parents in the Boston area about how they decide what to feed their families: their priorities, their concerns, their challenges, some of their attitudes toward food and eating and health. Then I followed a subset of them — about half of them — on a typical grocery-shopping trip. I had already done the interviews at this time and they knew I was following them — just to see what they did, how they made decisions — and then I sat down with them after the shopping trip to probe some of their thoughts as they were going along.

GAZETTE: So how many families did you shop with?

DANIEL: I’ve actually done additional shopping trips since the paper was published. At that point, I’d followed 38 people on shopping trips and had done two trips with a small handful of people. And I had talked to 73 parents.

GAZETTE: So you spent a lot of time in grocery stores. Was there a particular grocery store that people favored?

DANIEL: It varied depending on where people lived. A lot of the Cambridge-Somerville people went to Market Basket in Somerville, especially the low-income people. I found this pattern interesting. The food-desert argument — which is very compelling and many people are familiar with — is predicated on the idea that we go to the closest place that’s available. People often lived closer to a different store but would make a monthly, longer trip to Market Basket because the prices were so much lower. The low-income people in Dorchester and Roxbury would go to a place called Save-A-Lot or to a place called PriceRite. And, similarly, these were not always the closest options but the amount that people saved outweighed the inconvenience and time involved in making that trek.

GAZETTE: So that’s an indication of the importance of cost to people’s food choices?

GAZETTE: Your work focused, of course, on getting kids to eat healthy. Could you talk a little bit about those findings?

DANIEL: Very early on, it became clear to me that lower-income respondents minimized the risk of food waste by purchasing what their children like. And often children like food that is calorie-dense and nutrient-poor.

It can take children some eight to 15 times to accept the food that they didn’t like at first. Vegetables, for example, are a little bit harder to love than macaroni and cheese, and it can take repeated experience to come to like something like mustard greens or Brussels sprouts. The low-income parents were quite attuned to this possibility of waste because their budgets were often so tight that they couldn’t take an economic hit in the form of food their children wouldn’t eat.

I also talked to higher-income parents. They were less on edge about food waste and more inclined to repeatedly introduce their kids to foods they didn’t like at first or to take a risk on something when they didn’t even know if the child would like it.

GAZETTE: Does this affect not just the kids’ diet but also the diet of the rest of the family?

DANIEL: In some cases, parents ate what they were going to eat anyway and gave something separate to the child. But in some cases parents didn’t want to go through the process of cooking two separate meals. [They] would cook something the child found acceptable and so that would apply to everyone else. For example, I talked to a woman who had recently adopted teenage boys. She loved collard greens and she made collard greens, [but] they wouldn’t eat them. After a while she said, “You know what? No one here is eating collard greens anymore because these boys won’t eat them and we’re going to make something that they’ll accept instead.” So there does seem to be a spillover effect of children’s taste on what the rest of the family eats.

GAZETTE: What to your mind is the most striking thing about this study?

DANIEL: To me the most important point … is that children’s propensity to reject new foods has implications for how we calculate the cost of a healthy diet.

But usually the researchers and food-justice advocates who address this question don’t account for waste. For poor parents, waste is very salient and when they assess whether something is affordable or expensive, they don’t just look at the number on the price tag, they also think about whether the food will actually get eaten. In some cases, when the food goes uneaten, something that’s affordable on paper becomes expensive in practice. Currently, ways of measuring food costs don’t account for the cost of waste.

You could argue that for adults it’s their responsibility to manage waste: If they buy something and don’t eat it, that’s on them. But in the case of children, waste is a normal and even an inevitable part of eating and taste acquisition. Without accounting for that waste, assertions that low-income households can afford a healthy diet actually overestimate a family’s ability to provide their children with a wholesome diet.

GAZETTE: Did any solutions become apparent? Were there low-income families that were successful maintaining or transitioning to a healthier diet?

DANIEL: I’ll touch on two points. One is that parents’ tendency to make safe choices isn’t uniform across families. And [two], parents’ tastes — or the tastes of other people living in the household — are also part of this picture.

When parents or other family members like a wide range of foods, they can offer the child small portions of what they’re already eating or absorb the waste that the child creates. I did talk to economically constrained families where the parents loved a wide range of healthy foods and they were less concerned about their children rejecting that salad because they would eat what the child left behind. But often low-income parents I talked to had both limited finances and limited palates. And it’s these parents who faced the greatest risk of waste, because if neither the parent nor the child liked the food it would go to waste entirely.

GAZETTE: Is parents’ retraining their own palates no small task, when they’re rushing to get off to work and trying to get the kids out the door?

DANIEL: There’s the time cost, there’s the cognitive bandwidth — that people often don’t have — to cultivate new habits, and the waste argument applies to parents retraining their palates as well. Parents may need multiple times trying something new before they like it, and waste may be generated in that process, too. So I think that fundamentally this is an issue of economic inequality. We can’t expect people to experiment and take risks on things when their budgets don’t have the latitude to be eroded in that way.

How we address economic inequality is a complicated and political question. There are a number of shorter-term policy and programming interventions that could be done. I noticed that low-income parents were quite willing to purchase things that their children had tried outside the home and liked. In these cases, children would say they had tried something at school, say Asian pears or pomegranates, or they had tried something at a friend’s house, like asparagus, and the parent, knowing that the child would eat those things, would express a willingness to purchase them. So if the risk of food waste can be shared across institutions that children are involved in, that’s a way of relieving that burden from families themselves.