When housing becomes a community 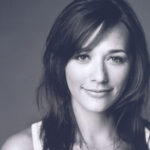 The impact of a cousin’s significant physical and developmental disabilities became a driving force behind Micaela Connery’s career path.

“People told me not to pigeonhole myself when I came to [Harvard Kennedy School], but I knew what I wanted to focus on,” said Connery, M.P.P. ’16. “I’ve always known the kind of work I want to be doing.”

While a high school student in West Hartford, Conn., Connery founded a nonprofit organization, Unified Theater. “It started as a club that was designed to include kids with disabilities in our theater shows,” she explained. “Before long, other schools were coming to us, saying, ‘We want something like this! Can we join?’” The program spread to other area schools, and eventually became an official nonprofit. After graduating from the University of Virginia in 2009, Connery came back to serve as Unified Theater’s CEO, a position she held until coming to Harvard Kennedy School (HKS).

“Over time, we grew the program to have an impact on students in 100 schools in six states,” Connery said. The work was satisfying, but she wanted to do more.

“I started seeing larger, more systemic issues with disability, from a public policy standpoint,” she said. “I wanted to think about how to make change on a bigger scale.”

Connery’s time at HKS has been both a pause and a pivot point, a chance to take a breather after working 70-hour weeks as a CEO and an opportunity to dive deeply into public policy issues that affect people with disabilities.

At HKS, Connery has focused on issues of employment and housing for adults with disabilities, particularly the latter. “The experience of home is so fundamental to human existence,” she said. “I want to think about inclusive housing for people with disabilities that’s integrated into urban communities. How can we make it scalable and sustainable, so we can start to change the system?”

Connery said she dreams of — and is working on a business plan for — an inclusive residential community for people with and without disabilities, which would employ trained disability services workers to support residents who need those services. But the facility would also provide programming to help build community among all its residents. “I want it to be the opposite of ‘Bowling Alone,’” Connery says, referring to the 2000 book by Robert Putnam, the Peter and Isabel Malkin Professor of Public Policy at HKS. “Can you use community to enrich everyone’s lives, and ultimately to change the way we think about disability in this country?”

After graduating from the Kennedy School, Connery will head to Ireland on a fellowship, for a one-year M.B.A. program at the Smurfit School at University College Dublin. While abroad, she will continue to refine the business plan for her residential community. There are a few details to be ironed out, but she has a clear vision for the space.

“I want to make it a place where people want to live,” she says. “A hip, urban space with a beautiful lobby and a Warhol-esque painting behind the front desk.” Naturally, she’s already got a name picked out: The Kelsey.