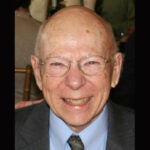 Stanley Hoffmann, the Paul and Catherine Buttenwieser University Professor Emeritus, died at age 86 after a long illness, in Cambridge, Massachusetts, on Sept. 13, 2015.

As the preeminent American scholar of French and of European politics, Hoffmann charted the course of the continent’s politics in discerning essays that joined an innate sympathy to critical distance, attracting wide audiences on both sides of the Atlantic. As a leading scholar of international relations and American foreign policy, he left a deep mark on contemporary understandings of some of the most perplexing issues of our time. At Harvard, he was a founder of the Social Studies concentration in 1960 and of what is now the Minda de Gunzburg Center for European Studies in 1969, where, as its chairman for twenty-five years, he created a community especially receptive to young scholars. As a dazzling lecturer in the legendary courses War, Modern France, and Ethics in International Relations, he shaped the ideas of thousands of Harvard students during his fifty-eight years on the Harvard faculty.

Stanley Harry Hoffmann was born in Vienna on November 27, 1928, of a distant American father and an Austrian mother, with whom he moved in the early 1930s to France, where he grew up, attending schools in Nice and Paris. Although his mother was nonreligious, the Nazis classified her family as Jewish, and the two of them were forced to flee Paris in 1940, barely days before the German troops arrived, initially to Nice and then a small village in Languedoc, Lamalou-les-Bains, where they spent the war hiding from the Gestapo. In a memoir recalling those days, Hoffmann wrote, “It wasn’t I who chose to study world politics. World politics forced themselves on me at a very early age.”

After graduating at the top of his class from the Institut d’Études Politiques (Sciences Po) in 1948, Hoffmann enrolled in a doctoral program in law there but came to Harvard in 1951 to pursue an A.M. in Government with a remarkable cohort of young scholars that included Zbigniew Brzezinski, Samuel Huntington, Henry Kissinger, and Judith Shklar. He moved back to France to complete his degree and military service, but, finding politics more compelling than the law, Hoffmann returned to Harvard in 1955 as an instructor in the Department of Government at the invitation of McGeorge Bundy. He received tenure in 1959 and was the C. Douglas Dillon Professor of the Civilization of France, becoming the Paul and Catherine Buttenwieser University Professor in 1997. Embracing the cosmopolitanism of Cambridge, Hoffmann once told an interviewer, “I am French, and a citizen of Harvard.”

In countless essays and many of his nineteen books, including “The State of War” (dedicated in 1965 to his mentor Raymond Aron), “Gulliver’s Troubles” (1968), and “Primacy or World Order” (1978), Hoffmann made signal contributions to the study of international relations. Although attentive to the theories of that field, he avoided embracing any one of them in favor of exploring the limits of existing doctrines and the paradoxes posed by a world that would not readily fit into a theoretical box. Hoffmann was a sharp critic of American foreign policy, focused on the limits and obligations of American power. As an early opponent of the war in Vietnam, he secured the sympathy of many students and the enmity of some colleagues, emerging as a mediating figure between the administration and students following the occupation of University Hall in the spring of 1969.

Impressed by the brutalities of war, which he knew firsthand, Hoffmann emphasized the practical difficulties and moral responsibilities of statecraft. He insisted on realistic appraisal of the consequences of foreign policy for human beings abroad as well as at home, and on the dangers of myopic idealism, but he argued that leaders have an obligation to take into account the ethical dimensions of their acts. His 1981 book, “Duties Beyond Borders,” was instrumental to reviving the study of ethics in international relations, and he pursued these themes in many works, including “The Ethics and Politics of Humanitarian Intervention” (1996).

“In Search of France,” based on a collective project he led and published in 1963, established Hoffmann’s reputation as the most knowledgeable scholar of French politics outside the hexagon. It was followed in 1974 by “Decline or Renewal? France since the 1930s.” A lifelong admirer of Charles de Gaulle, Hoffmann was always alive to the transformational possibilities of creative leadership despite the cultural and institutional constraints he so deftly traced. A series of essays published in The European Sisyphus displayed his gifts as a discerning analyst of the evolving European Union. A master of English as well as French prose, Hoffmann had deep insight into literature and political philosophy as well as politics and had a remarkable capacity for expressing all the subtlety of those insights with absolute clarity.

These qualities served Hoffmann well in the classroom, where he taught widely across the curriculum, drawing thousands of students to his celebrated courses despite their formidable reading lists. When some students complained that he had assigned all of Tolstoy’s “War and Peace” instead of an excerpt as only one of multiple readings for one week of his course on war, he is said to have replied with characteristic irony, “Which part of ‘War and Peace’ summarizes the themes?” As a teacher, Hoffmann demanded the best from his students but was utterly devoted to them, spending countless hours patiently guiding undergraduates and graduate students through the practical and moral dilemmas of the political world. His message was that one should never underestimate the difficulties but always strive to make the world a better place. His hundreds of doctoral students include many of the leading scholars in their fields today.

Hoffmann is survived by his wife, Inge Schneier Hoffmann, of Cambridge, Massachusetts, a psychologist whom he met as a teaching fellow at Harvard in 1951–52 and married in 1963. His will included a significant bequest to support undergraduate education at Harvard.