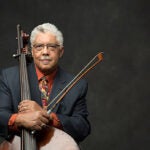 The ace of bass

Orlando Patterson, the John Cowles Professor of Sociology at Harvard University, has received the Lifetime Achievement Award as part of the 2016 Anisfield-Wolf Book Awards, presented by The Cleveland Foundation.

“The new Anisfield-Wolf winners broaden our insights on race and diversity,” said Henry Louis Gates Jr., who chairs the jury. “This year, we honor an essential new history of gay America; a novel rich in the melodies of Jazz Age Chicago; a fluid, mesmerizing account of tap dancing; and poetry with an intoxicating eye on heaven. All is capped by the lifetime achievement of Orlando Patterson, an unparalleled sociologist of race and class and place.”

Gates directs the Hutchins Center for African and African American Research at Harvard University, where he is also the Alphonse Fletcher University Professor. Joining him in selecting the winners this year were poet Rita Dove, novelist Joyce Carol Oates, psychologist Steven Pinker, and historian Simon Schama.

Patterson is a preeminent sociologist whose books have influenced the course of global scholarship: “Slavery and Social Death” (1982), “Freedom in the Making of Western Culture” (1991), “The Ordeal of Integration” (1997), and “The Cultural Matrix: Understanding Black Youth” (2015). Praised as a Renaissance scholar by his peers, Patterson served eight years as adviser for social policy and development to Jamaican Prime Minister Michael Manley. He helped found Cultural Survival, one of the leading advocacy groups for the rights of indigenous peoples, and is an expert on the sociology of sports, particularly cricket.

“The Anisfield-Wolf Book Awards rose from the philanthropic vision of one prescient individual who realized that literature could heighten our thinking about our shared humanity,” Richard said. “We are proud to showcase beautifully written books that elevate and strengthen us during a critical time in our history.” Past winners include Nadine Gordimer, the Rev. Martin Luther King Jr., and Toni Morrison.

The Anisfield-Wolf winners will be honored Sept. 15 at the Ohio Theatre in Cleveland, hosted by the Cleveland Foundation and emceed by Gates.