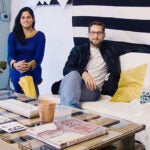 Molecular marker in healthy tissue can predict a woman’s risk of getting the disease, research says

Harvard Stem Cell Institute (HSCI) researchers at Dana-Farber Cancer Institute (DFCI) and collaborators at Brigham and Women’s Hospital (BWH) have identified a molecular marker in normal breast tissue that can predict a woman’s risk for developing breast cancer, the leading cause of death in women with cancer worldwide.

The work, led by HSCI principal faculty member Kornelia Polyak and Rulla Tamimi of BWH, was published in an early online release and in the April 1 issue of Cancer Research.

The study builds on Polyak’s earlier research finding that women already identified as having a high risk of developing cancer — namely those with a mutation called BRCA1 or BRCA2 — or women who did not give birth before their 30s had a higher number of mammary gland progenitor cells.

In the latest study, Polyak, Tamimi, and their colleagues examined biopsies, some taken as many as four decades ago, from 302 participants in the Nurses’ Health Study and the Nurses’ Health Study II who had been diagnosed with benign breast disease. The researchers compared tissue from the 69 women who later developed cancer to the tissue from the 233 women who did not. They found that women were five times as likely to develop cancer if they had a higher percentage of Ki67, a molecular marker that identifies proliferating cells, in the cells that line the mammary ducts and milk-producing lobules. These cells, called the mammary epithelium, undergo drastic changes throughout a woman’s life, and the majority of breast cancers originate in these tissues.

Doctors already test breast tumors for Ki67 levels, which can inform decisions about treatment, but this is the first time scientists have been able to link Ki67 to precancerous tissue and use it as a predictive tool.

“Instead of only telling women that they don’t have cancer, we could test the biopsies and tell women if they were at high risk or low risk for developing breast cancer in the future,” said Polyak, a breast cancer researcher at Dana-Farber and co-senior author of the paper.

“Currently, we are not able to do a very good job at distinguishing women at high and low risk of breast cancer,” added co-senior author Tamimi, an associate professor at the Harvard T.H. Chan School of Public Health and Harvard Medical School. “By identifying women at high risk of breast cancer, we can better develop individualized screening and also target risk reducing strategies.”

To date, mammograms are the best tool for the early detection, but there are risks associated with screening. False positive and negative results and over-diagnosis could cause psychological distress, delay treatment, or lead to overtreatment, according to the National Cancer Institute (NCI).

Mammography machines also use low doses of radiation. While a single mammogram is unlikely to cause harm, repeated screening can potentially cause cancer, though the NCI writes that the benefits “nearly always outweigh the risks.”

“If we can minimize unnecessary radiation for women at low risk, that would be good,” said Tamimi.

Screening for Ki67 levels would “be easy to apply in the current setting,” said Polyak, though the researchers first want to reproduce the results in an independent cohort of women.