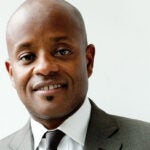 Of medicine and ethics

It has been accepted wisdom for decades that most animals create germ cells ― those cells that produce the eggs and sperm organisms need to pass on their genes ― in the same way.

Cassandra Extavour is poised to upend that wisdom.

Extavour, a professor of organismic and evolutionary biology and of molecular and cellular biology, is the author of a new study that points to a different mechanism as an ancestral process for specifying germ cells. The study was described in a recent paper in Development.

“I’ve been interested for a long time in how embryos designate some cells as germ cells,” Extavour said. “We know a lot about how embryos assign different fates for cells … but from the small number of organisms that had been studied in great detail, it appeared most of them made germ cells in one particular way.”

While most textbooks describe maternal inheritance as the most common method for creating germ cells, Extavour found that a number of animals use a cell-to-cell signaling mechanism to trigger the production of germ cells.

As its name suggests, the maternal-inheritance model depends largely on the mother, and specifically her egg cells. In this mechanism, the egg contains not only the maternal DNA, but also a host of other molecules and proteins that are deposited in various parts of the cell. As the egg divides following fertilization, those molecules are distributed to different cells, eventually giving rise to their various identities.

Of the five major genetic model organisms used in biology labs, only mice had been known to use induction. The others ― fruit flies, nematode worms, frogs, and fish ― use the maternal inheritance method, leading most researchers to believe that the maternal mechanism is far more common.

The findings mark the culmination of an interest that began when Extavour was a grad student.

“I told my Ph.D. adviser I wanted to work on germ cells, and he told me that I had to know everything there is to know about germ cells,” she said. “So I took him literally, and every spare minute I had, I read about germ cells in any animal.”

In a quest to understand whether the maternal or induction mechanism was ancestral, Extavour eventually read “a couple thousand papers” spanning four centuries of research across nearly the entire animal kingdom, and found a surprising pattern.

“In contrast to what you see if you only look at the well-studied models, you see that most animals actually have no evidence for maternal inheritance,” she said. “Instead, germ cells are only identifiable late in development, which suggests most animals’ germ cells are established based on signaling mechanisms.”

Extavour later published her findings suggesting that the induction mechanism was far more common than initially believed. But proof of the theory remained elusive.

To find that proof, Extavour and colleagues chose several animals to investigate in detail and used genetic tools to identify when and where germ cells appeared. What they discovered was that in many species, germ cells don’t appear until relatively late in development, suggesting they were not created through a maternal-inheritance mechanism.

Further evidence that the induction mechanism is more widely spread came when Extavour and her team looked at the suite of genes necessary to produce germ cells. Rather than being expressed in only certain areas of the egg, as they would be in the maternal-inheritance system, they found that the genes were uniformly expressed. The team then silenced the maternal genes necessary for the production of germ plasm ― the raw material used to make germ cells ― but found that the animals were still able to create germ cells.

“If they used the maternal mechanism, when we knock out those genes, the mother would have made eggs that couldn’t make germ cells,” Extavour said. “But when we did that in the animals we studied, they could still make germ cells.”

While researchers had strong evidence that the maternal process wasn’t at work, they still hadn’t demonstrated that the animals were creating germ cells through the induction mechanism. To do that, the team turned to the one signaling pathway they knew was involved in germ-cell production ― the bone morphogenetic protein (BMP) pathway used by mice.

Extavour’s team went a step further, testing how BMP molecules in crickets hand off the signals used in germ-cell production to downstream molecules.

“The specific message-passers are different for different cell types,” Extavour said. “In mice, it’s a gene called Blimp1 that passes on the BMP-based message to make germ cells. We thought if BMP’s role in making germ cells was inherited from the last common ancestor of mice and crickets, we should see expression not just for BMP, but downstream Blimp1 should also be active, and that’s what we found.”

While that finding strengthens the argument that the last common ancestor of all bilaterian animals — which means virtually all animals — used BMP signaling to produce germ cells, Extavour admits that, at just two, the sample size is small. Going forward, she plants to test whether other animals use the same pathway.

Ultimately, the study could help shed new light on how the first multicellular organisms formed.

Whether the first multi-cellular organisms formed though a “staying together” model (one cell that divided, but stuck together) or a “coming together” model (different cells that grouped to form a larger organism), the ability to create germ cells is of critical importance to any evolving animal.