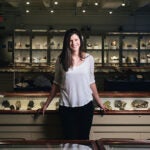 Harvard students, faculty, and fellows are training new high-tech instruments on Boston’s skies, searching for one well-known troublemaker and one escapee among the atmosphere’s invisible gases.

The old troublemaker is carbon dioxide, the greenhouse gas released by burning fossil fuels that long has been known as the main cause of climate change. The escapee is methane, an even more powerful emission that is the main component of the natural gas burned in home furnaces and in the electricity-generating power plants that are shouldering aside coal-fired plants across the country.

Though both are fossil fuels, burning natural gas is better than burning coal when it comes to the environment, because natural gas releases half as much carbon dioxide for an equal amount of energy generated. In addition, it is far cleaner than other pollutants in its burning, including in the fine particles that can cause health problems.

Unburned natural gas, however, is another story.

Steven Wofsy, Harvard’s Abbott Lawrence Rotch Professor of Atmospheric and Environmental Science, said it’s pretty clear that a significant amount of unburned natural gas is escaping in the Boston region. He is leading a project to find the source of the leak or leaks and, in collaboration with faculty and students from Harvard Law School, seeking to design technical, legal, or regulatory solutions to reduce the emissions.

The work, which recently received funding from the Harvard President’s Climate Change Solutions Fund, builds on earlier studies by Wofsy and a former student, Boston University Associate Professor Lucy Hutyra. The pair found that some 2 percent of the natural gas shipped to the Boston area is lost before it gets burned.

While the release of a powerful greenhouse gas is a significant concern for those worried about climate change, Wofsy said it should also be a concern for anyone who pays for natural gas, since the cost of the lost gas is still reflected in their rates. 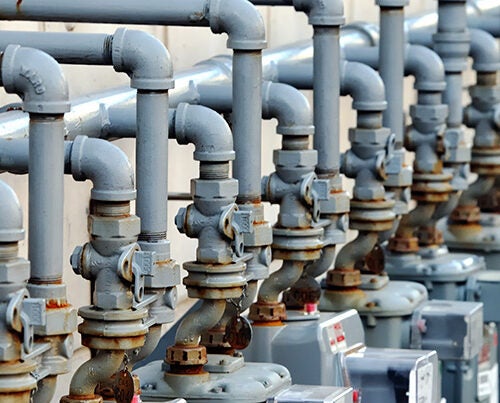 “That’s a lot, and it’s a mystery,” Wofsy said. “We don’t really know where it’s all coming from.”

The research, which began this winter with the deployment of new, portable sensors that examine the chemical composition of the skies above Boston, also uses a network of permanent sensors on a handful of rooftops on campuses at Harvard and Boston University, as well as on buildings in downtown Boston, near Boston Harbor, and west of the city in Harvard Forest.

Data from the permanent sensors will be augmented by the portable instruments, spectrometers that point at the sun and analyze how its light is altered by chemicals in the atmosphere. The spectrometers will be deployed by students, who will take daylong measurements of the sky. Adding to the data haul will be a fleet of sensor-equipped cars driving the region’s streets to pinpoint where the aging infrastructure is leaking.

As for carbon dioxide, Wofsy said researchers using proxies such as fuel sales already have a good idea of how much carbon dioxide is emitted from fossil fuel burning in the area, but the new research will enable them to understand when and where.

Taken together, the work will provide a picture of how levels of methane and carbon dioxide vary by place and time around the city. It will examine high-traffic areas, natural-gas infrastructure, seepage beneath city streets, and leakage by homes and businesses.

“If users turn out to be a major source of methane, then it could turn out that the smaller, more numerous sources are more significant than the larger, fewer ones,” Wofsy said. “This is the kind of thing we’re trying to answer in this program.”

The carbon dioxide work can also provide information on impact beyond climate, such as in areas involving health and environmental justice, since carbon dioxide can be used to track particulates and other pollutants, Wofsy said.

The project is being conducted in collaboration with Hutyra and Wendy Jacobs, clinical professor of law and director of the Emmett Environmental Law and Policy Clinic at Harvard Law School.

Jacobs said the interdisciplinary nature of the project is key, and the goal is not just to use science to illuminate the problem of methane and carbon dioxide emissions in the city, but to design laws and regulations to address the problem.

“Laws, regulations, and public policy will not be effective unless informed by reliable science and data. Reliable science and data can effectively be deployed to solve a problem when integrated into new technologies, laws, regulations, and public policies,” Jacobs said. “The collaboration of our distinct disciplines is more powerful than either discipline alone.”

Jacobs said the aim is to come up with solutions applicable to the Boston area that could be used elsewhere, and perhaps be scaled up for use by state and federal governments. The project also will evaluate emissions with an eye to whether they disproportionately affect the poor.

Students will be involved in both the environmental law clinic and in the field, with data-collection efforts coordinated by postdoctoral fellow Jonathan Franklin.

On a recent blue sky day in a Malden park, graduate student Taylor Jones was collecting data. Jones, together with John Budney, the Wofsy lab’s research engineer, had arrived early to set up the mobile spectrometer that examined the air column moving over the park. By comparing that with similar measurements taken upwind — roughly the direction of Harvard’s Cambridge campus — researchers would be able to measure the change in methane and carbon dioxide as the air moved across the neighborhoods in between. By shifting locations and taking many measurements over the next several years, a mosaic of emissions across the region will emerge.

Jones and Budney had other equipment as well. A different spectrometer measured composition of the air at ground level, while other instruments measured wind speed and barometric pressure. Some instruments were mounted on a large, blimp-shaped balloon that was raised and lowered to provide a cross-section of the atmosphere within 330 feet of the ground.

“There’s a lot of holes in our understanding of emissions,” said Jones, whose passion for building scientific instruments drew him into the research. “I’m trying to fill those holes by doing innovative types of measurements.”

Over the project’s first months, the challenge has been to find enough sunny days to deploy the spectrometers regularly, Jones said. Another challenge has involved understanding the wind on days in the field, since upwind and downwind measurements are key to knowing what’s going on in between.

“It’s all about chasing the wind,” Jones said.