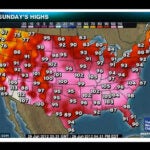 Estimating the location, size, and timing of future earthquakes is becoming ever more important to keep people safe on an active Earth. Phoebe Robinson DeVries, a Ph.D. candidate in earth and planetary sciences and 2016 Harvard Horizons Scholar, works to model the way in which stresses from one seismic event are generated and transferred, and may trigger future earthquakes.

Finding ways to share the work of Harvard Graduate School of Arts and Sciences’ graduate students in the humanities, the social sciences, and the sciences, within Harvard and with the general public, is a key aim of the Harvard Horizons initiative. Each year, eight Ph.D. students are chosen to participate in an intensive mentoring program designed to help them communicate the substance of important academic work to a broad audience. The training culminates in the Harvard Horizons Symposium, where the Horizons Scholars deliver five-minute talks about their work from the stage of Sanders Theatre. The symposium, which is free and open to the public, will be held April 5 at 6 p.m.

DeVries discussed her work in advance of the symposium.

GSAS: How did you develop an interest in science?

DEVRIES: My science teachers in elementary school and high school were so creative and engaging. We built models of the solar system and volcanoes, tapped our own maple sugar tree, went to visit a dairy farm, and exploded things in chemistry classes. What I learned in science and math classes changed the way I thought about the world.

GSAS: What question drives your research?

DEVRIES: How can we accurately model time-dependent motion across faults both during and between earthquakes? Can these models inform estimates of seismic hazard?

GSAS: Why is it important to study earthquakes?

GSAS: Who do you think is conducting innovative research in your field at Harvard?

DEVRIES: I feel very lucky to be a graduate student in the Department of Earth and Planetary Sciences at Harvard. The department has such a dynamic group of graduate students, and EPS faculty members are leading research groups that are conducting innovative and impactful research in many different areas.

GSAS: Most scientists believe that earthquakes cannot be predicted. Do you think it is possible to develop a predictive model?

DEVRIES: A successful earthquake prediction would include an accurate estimate of the size, location, and time of an earthquake. Many earthquakes happen along the boundaries, or faults, between tectonic plates. But large tectonic plates are effectively made up of many smaller plates, all of which are bounded by faults that could cause earthquakes. To understand which faults may be the most dangerous, researchers have developed large-scale models of the fault systems in the western United States, Japan, Turkey, and elsewhere, based on the motion of the Earth’s surface today, observed with thousands of global positioning system stations (high-precision versions of the same GPS devices in cell phones). These models can estimate where stress may be accumulating the fastest along fault systems — and in many cases, where, but not when, large earthquakes are likely to occur in the future.

One striking example of the potential of these models is a study published in 2010, in which [Professor of Earth and Planetary Sciences] Brendan Meade and his former postdoc John Loveless used GPS observations to identify the parts of the subduction zone in Japan that could potentially generate a large earthquake. One large area of the subduction zone that they identified was off of the coast of the region of Tohoku. The 2011 [9.0 magnitude] Tohoku earthquake, which caused a devastating tsunami and the meltdown of the Fukushima-Daiichi nuclear power plant, occurred one year later in this location. In other words, and in this case, Meade and Loveless were able to image the location and potential size of a large earthquake before it happened.