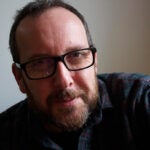 During the turmoil in Uganda after the fall of repressive leader Idi Amin Dada, political scientist Robert Bates was in the field. At the time, he was widely known for his astute public policy analysis of agricultural decline in Africa. His war-zone experience led to the great concern of the latter part of his career — the study of political violence.

Now one of his books on the subject, “When Things Fell Apart: State Failure in Late-Century Africa” (2008), is being published by the Cambridge University Press. It was selected for the Canto Classics series, which features the most influential titles over the past half-century. With the inclusion, Bates joins intellects such as literary critic C.S. Lewis, Austrian physicist Erwin Schrödinger, British anthropologist Jack Goody, and Harvard University colleague Theda Skocpol, the Victor S. Thomas Professor of Government and Sociology and a faculty associate at the Weatherhead Center for International Affairs.

A deep commitment to fieldwork has been paramount for Bates, the Eaton Professor of the Science of Government and professor of African and African American Studies at Harvard and a faculty associate at the Weatherhead Center for International Affairs. On his office door he has a picture of himself in long white beard and Panama hat, looking, as he does, like a restless scholar ready to set out on expedition.

Since arriving at Harvard in 1993, Bates has conducted fieldwork in Brazil, Tanzania, Rwanda, Kenya, and Ghana. His scholarship has been steadily funded by the Weatherhead Center, the largest international social science research center within the Faculty of Arts and Sciences. His awards have included a Weatherhead Initiative grant of a half-million dollars for interdisciplinary work on Africa.

“You can’t just apply some theory that everybody is talking about in Cambridge or London or Paris. You’ve got to get there and walk the ground and look,” Bates said. “Research support from the Weatherhead Center started, I’d say, as soon as my toe hit Cambridge soil. And it has been absolutely pivotal.”

Bates was born in Brooklyn and raised in a family committed to Civil Rights and racial integration. As a high school student at the Pomfret School, he traveled to Africa for the first time. Many years later, in an essay for The Annual Review of Political Science, Bates remembered: “I came back from the trip knowing that I had connected with something that had changed me. When I left Pomfret, I knew what I wanted to do with my life: to think hard, to work in Africa, to focus on politics.”

After attending Haverford College, Bates did his graduate work at MIT in behavioral approaches to the study of politics, which emphasized habits that are inculcated in people, such as traditions. When his early field research led him to reject that thinking, he grew interested in economic reasoning and models. Fortunately, his first faculty position at the California Institute of Technology drew him into an atmosphere in which colleagues were looking at the intersection between neoclassical economics and politics.

His books, including “When Things Fell Apart,” have modeled his belief that, “It is crucial to have a dialogue between the nature of the problems we study and how we characterize them on the one hand, and what we see and touch on the other.”

In this book, Bates locates the origins of insurrection in the actions of the government. Too many scholars and policymakers mistakenly focus on rebel insurgencies without paying better attention to the behavior of those whom they seek to drive from power, according to Bates.

In Africa, he wrote, the reasons for political violence included a widespread fiscal crisis, the authoritarian nature of its states, and their rulers’ penchant for preying on the public. He said of the rulers, “By rendering their people victims, they provoked insurgencies.”

Focusing on the sub-Saharan region of Africa, Bates developed data on roughly 40 countries. He combined systematic inferential work with qualitative insights. He studied many of the countries in depth — some down to the village level. “You have to go there and lift up the hood and see what’s going on to generate the numbers. That’s the only way as far as I’m concerned,” Bates said.

He employs game theory, an approach for which he is known: “So what you want to do is look at the behavior that you’re witnessing in the field and figure out the logic behind it,” he said. “When you return from the field, you write the game down as you understand it and see if your theory is right. In equilibrium, do people behave the way you think you observe them behaving? If so, you may have the right game. If not, you throw that understanding away and try again.”

Today Bates would like to see more of his colleagues approach contemporary political violence with a greater emphasis on the factors that lead states to breakdown. “Everybody in the academic world is looking at these insurgent groups — ISIS or al-Qaida and other groups — as if they were spontaneously assembling themselves. But they were the product of failing states. It was the way Syria was run or the way Iraq was run that made it rational for people to pick up guns and protect themselves and their families and their businesses,” he said.

“When I look at what my colleagues are doing, they’re still studying these groups sui generis — as in, you know, let’s get inside them and see how they work. I hope somebody will do that but I also think if you want to understand where they are coming from, you have to step back in time and look at what drove people to that,” he said.