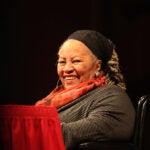 My mom frequently told me that my eyes were bigger than my stomach, as I ambitiously piled food high on my dinner plate — and was only able to finish half.

Similarly, I arrived at Harvard with a passion for history and the classics and the desire to know everything! Reality set in during my first shopping week, when my schedule had more on it than my dinner plate. Quickly my days — and nights — were spent translating Ancient Greek and theorizing the growth curve for Arabidopsis thaliana, while concurrently reading hundreds of pages of U.S. history. I was completely engaged, anxious to become the budding intellectual that I envisioned, yet the fact that there were only 24 hours in a day became apparent.

As a first-semester freshman, well before I was confronted with the perceived correlation between a humanities concentration and a future as a street performer, I took a course in Roman history.

As a lifelong student of history, I was well aware of the fact that the professor who taught the class was as much rock star as professor. I knew I was in for a remarkable intellectual experience under the guidance of Kathleen Coleman, the James Loeb Professor of the Classics, yet I had no idea that a single professor would change my attitude and subsequently, my life.

Throughout the semester, I learned about Roman history, but also about reasoning, analysis, and using evidence to draw independent conclusions. This course opened up my perspective, which led me to pursue opportunities in humanities research, as well as an archaeological dig program in Rome this past summer. In a short period of time, my humanities studies at Harvard helped me become a more well-rounded citizen of the world.

As my sophomore year unfolded, I continued to gravitate toward the humanities. I chose a concentration in Ancient History (Greek and Roman), secure in the knowledge that it offered me the ideal preparation for life off-campus. I quickly learned, however, that perhaps not everyone shared this viewpoint.

After being asked, for what seemed like the 100th time, “What are you going to do with that?” I became curious as to why I felt mandated to justify my field of study. 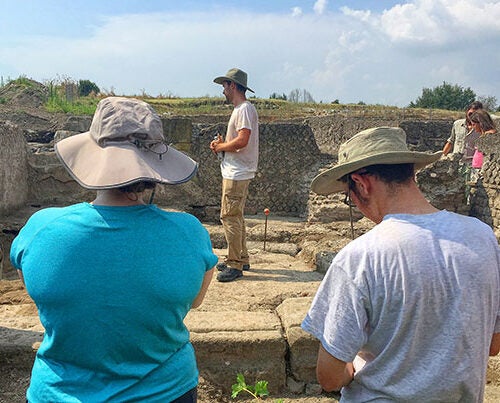 It was then that I realized some students come to campus with what they believe to be a roadmap to Silicon Valley or Wall Street. Their questioning my concentration choice felt like code for “Why aren’t you focusing on science, technology, engineering, and math (STEM fields)?”

I began to ask myself why so many students believed that the humanities are not part of a roadmap to their desired profession. It was then that I started to ask my fellow sophomores how they felt about a concentration in the humanities vs. STEM fields. Their overwhelming, collective response was that employers or graduate admissions committees might view a humanities concentration as impractical.

I argued the point because contrary to this commonly held belief, the humanities are neither antiquated nor undesirable. In fact, the study of such a dynamic and significant discipline allows students an even wider field of choice. Professor Colman shares this viewpoint, holding a strong belief that an education in the humanities, specifically in the classics, can prepare a student for just about anything.

“Studying the fragmentary evidence from the ancient world hones your close reading and analytical skills and teaches discipline and scrupulousness in your treatment of evidence,” Professor Coleman explains. “These are diagnostic skills, useful for anything, from law to dentistry to engineering to journalism to financial management.

“An undergraduate degree in classics is the quintessential interdisciplinary training,” she says. “[classics concentrators] go on to do everything. It allows students to go on to any field they want.”

After speaking with several Harvard professors, my perceptions have undergone a decisive (and comforting) shift toward excitement in pursuing my passions while maintaining marketability in an increasingly competitive world. In fact, I have come to see my concentration as an investment in versatility and intellectualism. In response to fellow undergrads’ prying questions about my concentration, rather than explaining the value of humanities study, I have come to simply say, “law school.” While my postgraduate path has yet to be decided, I know that my humanities education will enable me to succeed in many arenas, law being just one possibility. Law is deeply rooted in the past; the history of the legal system is the history of the world. Also, the discipline requires the analytical thinking and problem-solving referenced by Professor Coleman. How these skills are developed and honed differs between disciplines, but the classics teach these skills effectively.

“You get used to close-reading the ancient evidence, both textual and material. To make sense of a fragment of ancient poetry surviving in a medieval manuscript or a stray shard of pottery excavated from a drain requires rigorous analysis and also the utmost discrimination and care in reconstructing the original context,” Professor Coleman says.

A humanities education teaches creative, outside-the-box thinking. In a world where the next big idea can give birth to a multimillion-dollar startup, thinking is a valuable commodity.

“Close reading the evidence” allows one to also build creative, intellectual capabilities. What separates problems and evidence from world-changing ideas is a creative, analytical mind. And nothing creates such a mind like a Harvard education in the humanities. While I have learned to pace myself to avoid piling classes too high on my metaphorical plate, I am confident that pursuing a well-rounded education in the humanities will ultimately take me wherever I wish to go.