Culture and community come together 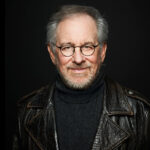 Spielberg to speak at 365th Commencement

Harvard students took the stage at the Harvard Ed Portal for Cultural Connections, an event celebrating diversity with a multicultural panorama of performance.

The Harvard Breakers showed off a variety of moves, breaking, popping, and locking for the enthusiastic crowd. Children in the audience stood on their parents’ laps to better see their fluid, contortions.

Lily Lin ’17, an Allston native, is the club’s president. Taking questions from the audience after the performance, she said the club includes people who have been dancing for more than a decade and some who just started this year.

“Transitioning from high school to Harvard was a little difficult, but dance was the one thing that was constant,” Lin said. “When you dance, all that tension goes away — it’s wonderful for dealing with stress.”

Robinson “Conan” Le, the Breakers’ coach and a Dorchester native, said the dance form originated as a way to be creative and defuse tensions.

“It came out of the Bronx in the 1970s as a way for the youth, who were surrounded by a lot of gang life,” he said. “It was a way for them to express themselves and battle it out without violence, and it’s now an international art form.”

Mariachi Véritas de Harvard performed songs celebrating life in the heartlands of Mexico. Asked what drew him to mariachi music, Norman Storer ’19, who plays the vihuela, said it was a chance to explore the music he’d heard all his life.

“There’s this intense obsession with mariachi music in Puerto Rico, where I’m from, so I grew up with it,” Storer said. “One day I was at an activities fair at Harvard, and I saw these guys dressed up in the mariachi outfits … and I just thought, oh, man, this is my chance!”

Omo Naija, founded in 2015, showcased the diversity in African dance styles, fusing modern music and moves with traditional Nigerian steps. Ugo Aguwa ’19, one of the founders of the team, said, “It’s a lot of work, but [the group] has developed a real sisterhood. It was great to be here, and performing for all the kids was really fun.”

Vanya Zvonar ’16 said the Harvard Passus step group requires intense practice, meeting for several hours each week to perfect the dynamic, intricate moves. Originally from the South End in Boston, Zvonar said she began stepping when she was a junior in high school. She and Anthony Morgan ’16, from Atlanta, founded Passus just two years ago.

Asked by a child how they remembered the intricate movements, Morgan echoed other performers, saying the key was consistent practice.

Tucker Thompson of Brighton was one of the many people who brought relatives out for the event.

“My whole family belongs to the Ed Portal, and when we heard about it, we thought it would be fun,” he said. “They did such a great job, and it was great that there were so many different cultures represented — there was so much variety in the performance. We really enjoyed it.”