‘Average’ gets his ire up 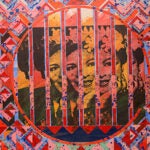 Todd Rose is having a mic-drop moment.

Rose’s first book, “Square Peg,” positioned him as a come-up kid, a high school dropout who fought his way to Harvard. Now, everyone from The New York Times to Richard Branson is buzzing about his latest book, “The End of Average,” in which he challenges a century of average-based science, perhaps launching a social movement in the process.

“In school, you’re graded and ranked by comparing your performance to the average student,” he writes. The same goes for applying for jobs.

This kind of thinking is not only wrong, it’s done a disservice to our society, Rose asserts, because there is no average student, no average person. His goal is to rescue the individual from categories and labels. Type A. Right-brained. Normal or abnormal. Leader or follower. Jenny is creative while Judy is good at math — and in the land of averages, there is no in-between.

Rose, who directs the Mind, Brain, and Education program at the Harvard Graduate School of Education (where he also leads the Laboratory for the Science of the Individual), got started on the book by investigating how the system of averages was woven into society, which led him to the 19th-century Belgian astronomer Adolphe Quetelet.

It was the well-intentioned Quetelet who began applying statistical principles to people, observing weight, marriage age, death age, and other variables, and then averaging them. Quetelet drew up a composite of what he dubbed the “Average Man,” or “the prototypical representation of a group,” said Rose. An ideal person, exceptional at nothing, except at being average.

“But ‘average person’ is made up,” said Rose.

Enter the expansion of America, the Industrial Revolution, and a greater emphasis on efficiency. Management roles were created to monitor standards of assembly-line production, and schools soon followed suit, elevating the idea of an average student, free of particular interests or abilities.

When Rose arrived at Harvard as a doctoral student, he imagined settling into a career as a scientist. But through his work with Charles Bigelow Research Professor of Education Kurt Fischer, one of the pioneers of the science of the individual, Rose saw “the cost to us individually and as a society of not having a system that really understands and develops people.”

In the absence of such a system, the average holds sway.

“I looked into how we got the times to take these standardized tests, and more often than not it’s how long it takes the average person to take the test,” said Rose. “That’s based on the assumption that fast equals smart. But in this new science, we know there’s no relationship between speed and ability.”

While his research can be a little heady, Rose wrote “The End of Average” with the general reader in mind.

“In a democracy and in a market-based economy, public demand wins,” he said. “To think we’re going to completely change education without changing the public mindset, it isn’t going to happen. So I wrote the book to start the conversation.”

Branson, founder of the Virgin Group, has showed interest, and companies like Google, Microsoft, and Pixar have, too. If Virgin America wants top-tier talent, there’s more than “the averagarian notion that you can effectively evaluate individuals by ranking them,” writes Rose. By shifting the focus to the individual and not merely the best-ranked applicant, hiring practices could be revolutionized.

“We want to get hired for who we are, and not jump through these hoops that make us somebody we are not,” said Rose. “We want medicine to be personalized. It’s a positive goal, but if you want more personalized institutions, averages won’t do — you need a principled way to think about individuality.”

“I care a lot about people finding their own path, and I think the world’s a better place if we let people figure out their passions and what they’re good at and give them the knowledge and skills to do that, but our education system isn’t designed to do that — it rounds you out and makes you interchangeable with everyone else.”

Rose advocates for granting credentials, not diplomas; for replacing grades with competency scores; and for a flexible (and flexibly paced) curriculum. Having two sons in college — both at Worcester Polytechnic Institute — has made his search for solutions more personal.

“The thing that was really concerning to me, particularly as it comes to higher education, was watching my two boys prepare for college. I was telling them to take risks and that it’s OK to fail. But the reality is, they couldn’t take a class in French literature and not do well because then it would hurt their chances to get into school later.”