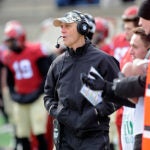 Education and annual training for students will be key

To better prevent the sexual assault of students, all 13 Harvard Schools should develop and institute comprehensive plans to better educate and train students before the start of the 2016-2017 academic year; every student should be required to participate in such education and training each year they attend Harvard; and the University should create a new leadership position to oversee and coordinate all prevention efforts campuswide, according to new recommendations by the Sexual Assault Prevention Task Force in its final report, which was released today.

The University must also address the “distinctive problems” that unrecognized single-sex social organizations, particularly final clubs, pose for Harvard College and the “serious concerns” they raise for prevention efforts and bringing about a culture change, the report said. This recommendation followed from results of last year’s sexual conduct survey and input received by the task force during its outreach efforts.

Given the complex factors and pervasiveness of the problem, it is not enough to simply identify and address the factors that contribute to sexual assault. Prevention will require a sustained and consistent commitment by University and School leaders, as well as from students, the task force said.

“We must ask what sort of community we aspire to be” as well as consider “what it means to be a citizen of this campus and the nature of our responsibilities to one another.”

In a message to the Harvard community, President Drew Faust said, “As an academic community, we are dedicated to the possibilities of transformation — intellectual and personal — that are inherent in the search for knowledge. Sexual assault and harassment threaten those possibilities and undermine core institutional values.”

She cautioned that the recommendations “are not and cannot be the last word” in Harvard’s efforts to combat sexual assault, promising that the University will give the issues of prevention and culture change “sustained attention” as part of an ongoing effort to “regularly and systematically ask ourselves how we can do better.”

In early 2014, Faust convened the task force, led by Steven E. Hyman, Harvard University Distinguished Service Professor of Stem Cell and Regenerative Biology and a former provost, to study the scope of and to make suggestions about how the University could significantly improve its efforts to prevent sexual assault and sexual harassment at Harvard.  Membership included faculty, students and staff from across Harvard’s Schools.

Last September, an online survey of 20,000 Harvard degree-seeking students, published in conjunction with a national survey by the Association of American Universities (AAU), had a response rate of nearly 60 percent at Harvard College. Of female College seniors who responded, 31 percent said they had experienced some sort of unwanted sexual contact while at Harvard. Sixteen percent of those seniors characterized the contact as “nonconsensual complete or attempted penetration involving physical force, incapacitation or both,” the survey’s most serious category of misconduct.

Nearly 18 percent of undergraduate women who identified as Lesbian or Gay, Bisexual, Asexual, Questioning or Not Listed (LGBAN) reported some form of nonconsensual sexual contact during the 2014-2015 academic year, the highest rate among all student cohorts.

Key recommendations from the 20-page report include:

In order to succeed, students must also be part of the solution. “The University must do its part, but it must also help students reflect on their role in creating culture and in developing a moral framework to inform their decisions and actions” as both students and young adults.

Rakesh Khurana, the Danoff Dean of Harvard College, said he will submit a plan that addresses all of the issues raised in the task force report, including the problems posed by unrecognized single-gender social organizations, by the end of May.

“I want to strongly echo President Faust in saying that sexual assault and sexual harassment affects every member of this community — either directly or indirectly — and this conduct will not be tolerated at Harvard College,” he said in a note to students. “Preventing sexual assault on our campus is of the utmost importance and it is the responsibility of each of us as community members to do our part in speaking up and stepping in to protect others and to create a culture where sexual violence of any kind is unacceptable.”

Outside of the Houses and freshman dormitories, students were most likely to be sexually assaulted at a final club, according to the survey. A shortage of available and more inclusive social spaces for students on campus contributes to the clubs’ dominance over College social life, noted the task force, which heard reports from students of deeply misogynistic attitudes, as well as unsupervised student drinking, a known risk factor that increases the likelihood of sexual assault.

While the clubs are not the sole setting or even main cause of sexual assault, the College can mount no effective prevention effort that does not confront “the disturbing practical and cultural implications” these clubs present, the task force said.

“Students report a strong sense of sexual entitlement within male final clubs, stemming in part from the members’ control of social spaces that are imbued with a certain historical tradition and that elevate members’ social status on campus,” the report went on. “In our view, the very structure of the clubs — men in positions of power engaging with women in unequal and often on very sexual terms — speaks tellingly to the work ahead of us if we are to create an environment where all students, of all genders, can thrive.”