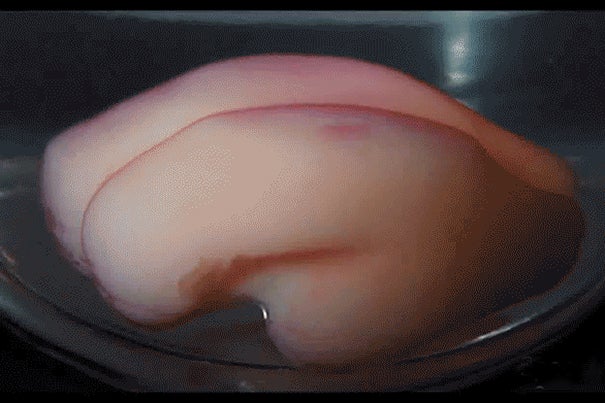 Engineered into living detectors, they can be programmed to emit fluorescence when encountering progesterone or digoxin

Plants engineered with a specific biosensor can signal when they detect a molecule of interest, such as the human hormone progesterone or the drug digoxin, according to a team of researchers at Harvard’s Wyss Institute and Harvard Medical School (HMS).

Synthetically engineered biosensors, which can be designed to detect and signal the presence of specific small-molecule compounds, have already unlocked potential applications, such as fuel, plastics, and pharmaceuticals. Until now, however, scientists have been challenged to leverage biosensors for use in eukaryotic cells, which comprise yeast, plants, and animals.

Led by Wyss core member George Church, a team of researchers developed a new method for engineering a broad range of biosensors to detect and signal virtually any desired molecule using living eukaryotic cells. The team reported its findings in the journal eLife.

“Biosensors that can tell you about their environment are extremely useful for a broad range of applications,” said Church, the Robert Winthrop Professor of Genetics at HMS. “You can imagine if they were used in agricultural plants, they can tell you about the condition of the soil, the presence of toxins or pests that are bothering them.”

To test their new method, the team experimentally engineered yeast, plant, and mammalian cells to contain customizable ligand-binding domains (LBDs), which are receptors for hormones and other types of small molecules. These LBDs are tailored so that they only bind and detect a specific molecule. A secondary “signal” component fused to the LBD can be programmed to emit fluorescence or regulate gene expression once it has bound to the target molecule. The components of this biosensor — the LBD in combination with the fluorescent or genetic signal — degrade and fade away if the target molecule is not identified.

Strikingly, the team successfully engineered Arabidopsis plants to act as multicellular botanical biosensors, containing a custom LBD to recognize the drug digoxin and a luminescent signal protein to emit light when it is detected. These Arabidopsis biosensors fluoresced when the plants were exposed to digoxin, proving that whole organisms can actually light up to signal detection of an arbitrary molecule.

“Like many eukaryotic organisms, plants are full of diverse hormones that make it challenging to sense and respond to a specific hormone of interest,” said Wyss Institute Technology Development Fellow Dan Mandell, the study’s co-first author. “But using our strategy, the Arabidopsis plants we engineered exhibited a 50-fold increase in luminescence in the presence of digoxin — very easily visualized — which could inspire exciting future applications involving trees or plants that detect harmful environmental pollutants or toxins and give off a visible indicator.”

The team not only demonstrated its novel methodology in plants but also described its efficacy in turning yeast and mammalian cells into precise biosensors, which one day could be leveraged for use in industries that rely on the productivity of yeast or livestock, or for use as medical sensors. Overall, the method is extremely tunable and portable, meaning it can be used in a wide variety of organisms to detect a broad range of small molecules.

An additional capability of the new biosensing method is its ability to connect to gene regulators instead of fluorescent proteins. Yeast, for example, could be engineered to produce a molecule from a renewable feedstock. From there, it could be programmed to self-identify the most efficient individuals within a population of producers so that only the most productive yeast would survive.

In this way, a population of organisms leveraged for bioproduction of pharmaceuticals or other valuable molecules could quickly self-evolve to become extremely efficient and productive. The team used this strategy to evolve yeast that can produce the hormone progesterone with a much higher yield.

The biosensors could have a direct impact on human health as well, as the team also used its method to tightly regulate the gene-editing mechanism CRISPR-Cas9 inside living human cells, a step toward preventing unintended changes to the genome during gene therapy.

“These new reprogramming capabilities developed by the Church team open up an entirely new realm where ordinary organisms can be transformed into extraordinary living cellular devices that can sense specific signals and produce appropriate responses, whether it’s enhancing production of biofuels or secreting a therapeutic when the cells sense inflammation or infection. It’s another great enabling capability that will undoubtedly advance the entire field of synthetic biology,” said Wyss Institute Director Donald Ingber.

This work was supported by the Defense Threat Reduction Agency, the National Institutes of Health, the Department of Energy, the Synthetic Biology Engineering Research Center, and the National Science Foundation.