Lowe selected for National Council on the Humanities 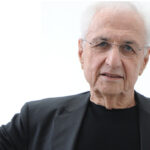 Shelly C. Lowe, the executive director of the Harvard University Native American Program and a leading advocate for Native Americans in higher education, has been confirmed by the United States Senate and appointed by President Obama to join the National Council on the Humanities.

Lowe is one of three scholars selected to join the council, which consists of 26 distinguished citizens who meet three times a year in Washington, D.C., to make recommendations on grant applications and advise the chairman of the National Endowment for the Humanities.

“To me humanities is about place and time,” Lowe said. “It’s the essence of a city and its people. It’s the feel of the land and the people who move through it daily. It’s the beauty of community and the energy encompassed within it. It’s a piece of time that is captured, shared, and then forever ongoing through memory, story, and learning.

“[The] humanities are what we see, smell, hear, and feel when we engage with the diversity of our country,” she continued. “I am honored to join the National Council on the Humanities in their work to support, award, and share the cultural heritage of our diverse communities and to further promote America’s rich traditions, history, and cultures.”

Also selected to joint the council were Francine Berman, the Edward P. Hamilton Distinguished Professor in Computer Science at Rensselaer Polytechnic Institute, and Patricia Limerick, professor of history at the University of Colorado.

“Dr. Francine Berman, Patricia Limerick, and Shelly Lowe are distinguished, prominent leaders in their respective fields of study and I look forward to their insights and contributions,” said NEH chairman William D. Adams. “Their expertise will help NEH strengthen and promote excellence in the humanities for all Americans.”

An enrolled member of the Navajo Nation, Lowe grew up on the Navajo Reservation in Ganado, Arizona. She is Bilagaana, born for Náneesht’ézhí Tách’iinii. Her paternal grandfather’s clan is Tábaahá.