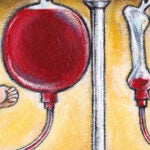 Patients more likely to suffer early relapses, which can be harder to treat

Among children with acute lymphoblastic leukemia (ALL), the most common pediatric cancer, those who live in high-poverty areas are substantially more likely to suffer early relapse than other patients, despite having received the same treatment, according to new research from Dana-Farber/Boston Children’s Cancer and Blood Disorders Center, an affiliate of Harvard Medical School.

The findings, published today in the journal Pediatric Blood & Cancer, are significant because ALL that relapses early is more difficult to successfully treat.

Although an emerging body of research finds that children from low-income families have lower rates of overall survival than other children with ALL, this study is among the first to explore possible factors contributing to outcome disparities among children who received uniform treatment.

Investigators examined outcomes for 575 children, age 1 to 18, with newly diagnosed ALL who were treated on Dana-Farber Cancer Institute/ALL Consortium protocols at seven major academic medical centers in the United States between 2000 and 2010. Using U.S. Census Bureau criteria, they defined high-poverty areas as ZIP codes where 20 percent or more of residents have incomes below the federal poverty level. For a family of four, this translates to an annual income of $24,250 or less.

“These children are getting the same best possible care at well-resourced institutions from highly trained clinicians, and we’re still seeing disparities,” said lead researcher Kira Bona, a pediatric oncologist at Dana-Farber/Boston Children’s. “In trying to improve cure rates, we, as a field, have focused almost exclusively on biology. If we want to move forward, we also have to look at social determinants. 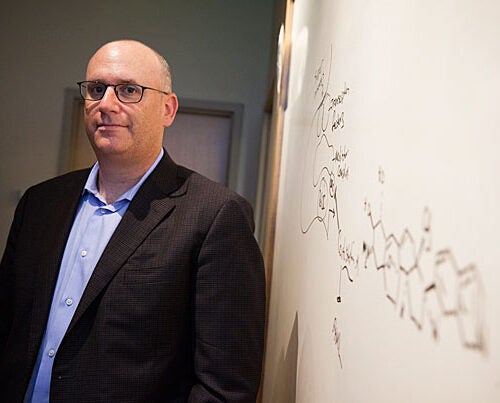 Potential for halting disease in molecule isolated from sea sponges

“In this country, 20 percent of children live in poverty,” Bona added. “Furthermore, we know that the costs of having a child treated for cancer force higher-income families into poverty. If we can devise successful interventions, that’s at least 20 percent of children with cancer whose outcomes we can potentially impact. Any ‘moon shot’ to cure cancer must include interventions that target socio-economic disparities in outcomes.”

Among the study’s findings: Although overall rates of relapse were similar in the two groups, the timing of relapse differed significantly. Ninety-two percent of children from high-poverty areas who relapsed suffered early relapse, defined as the recurrence of disease less than 36 months after first achieving complete remission. By comparison, fewer than half — 48 percent — of other children who relapsed did so early.

Among children from high-poverty areas, 85 percent survived five years or longer, compared with 92 percent of other children. Although the difference is not statistically significant after adjustment for other variables (p=0.07), it suggests a possible disparity. Earlier population-based studies of children with ALL have found lower rates of overall survival among patients from low-income families. The earlier research, however, included children who had received a variety of treatments.

Bona and her colleagues are now undertaking further research designed to delve deeper into the relationship between socio-economic status and outcomes and to allow for development of poverty-targeted interventions.

As part of a prospective clinical trial for children with ALL, researchers will identify associations between disease outcomes and the socio-economic status of patients’ families, using a targetable measure of socioeconomic status termed material hardship (food, housing and/or energy insecurity). In an earlier study, published in Pediatric Blood & Cancer in September 2015, Bona and her colleagues found that almost one-third of families of children with cancer suffered food, housing, or energy insecurity six months after treatment began — and a quarter lost more than 40 percent of household income.

The new study will also investigate possible mechanisms underlying the relationship between socioeconomic status and early relapse, including adherence to oral chemotherapy and delays or dose reductions in chemotherapy due to a child’s underlying health. Earlier research indicated that children from low-income families may face particular struggles with adherence to oral chemotherapy regimens, and research from general pediatrics has shown that children from low-income families have worse underlying health than other children. If poorer underlying health makes a child with cancer more susceptible to complications of treatment, this could lead to delays or dose reductions in chemotherapy.

In a qualitative study using in-depth interviews with patient families, researchers will probe families’ knowledge and experience to pinpoint factors that might explain the disparity in outcome and identify factors that can be targeted with interventions.

“Doing these next two studies is incredibly important,” Bona said. “This study told us that simply providing the current best treatment regimen is not good enough if our goal is to cure every child with cancer. At the same time that we develop new drugs and new treatment protocols, we need to address social determinants of health. Findings from these next studies will help us develop specific interventions to address disparities in outcomes. That’s an amazing opportunity.”