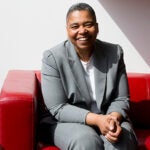 The ceremony, hosted by John Lithgow ’67, kicks off Arts First

Award-winning architect Frank Gehry, GSD ’57, Ar.D. ’00, is the recipient of the 2016 Harvard Arts Medal, which will be awarded by Harvard President Drew Gilpin Faust at a ceremony on April 28 at 4 p.m. at Farkas Hall, 10-12 Holyoke St., Cambridge. The ceremony, presented by the Office for the Arts at Harvard and the Board of Overseers of Harvard College, will include a discussion with Gehry moderated by actor John Lithgow ’67, Ar.D. ’05, Master of the Arts at Harvard, and host of the event. The ceremony kicks off Arts First, the University’s annual festival showcasing student creativity in the arts, held from April 28 to May 1.

Gehry is the 23rd recipient of the Harvard Arts Medal, which honors a distinguished Harvard or Radcliffe graduate or faculty member who has achieved excellence in the arts and through them has made a contribution to education or the public good. One of the most acclaimed architects of the 21st century, known for his use of bold, postmodern shapes and unusual fabrications, Gehry has built a career that has spanned five decades and produced public and private buildings in America, Europe, and Asia. He has served as a professor of architecture at Columbia University, Yale University, and the University of Southern California, and as a board member at USC’s School of Architecture.

Admission is free but tickets are required, available in person at the Harvard Box Office at Smith Campus Center, 1450 Massachusetts Ave., Cambridge, or by calling 617.496.2222 or visiting www.boxoffice.harvard.edu (phone and online ticket orders are subject to service fees). Ticket distribution for Harvard affiliates (two per person, with valid ID) begins Tuesday, April 19; ticket distribution for the public (two per person) begins Thursday, April 21. Some remaining tickets may be available at the door one hour prior to event start time.

The Creative Class: A Conversation with Frank Gehry | Institute of Politics

Last year, Frank Gehry joined in a conversation at the John F. Kennedy Jr. Forum. The discussion highlighted some of the successes and failures of Frank Gehry’s career, in addition to how he has transformed contemporary architecture through artistry, technology, resiliency and humanity.