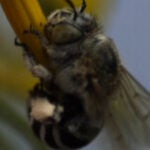 When Columbus sailed the ocean blue, he found a Caribbean so teeming with life that it sometimes seemed ships would run aground on the backs of sea turtles.

The turtles are mostly gone today, but their onetime abundance helps illustrate a modern environmental problem: How do we fix something when we don’t know how it originally worked? Ocean environments have been so altered by human impact dating back centuries, scientists have to overcome a significant knowledge gap in trying to study and manage them.

For Jeremy Jackson, Ritter Professor of Oceanography at the Scripps Institution of Oceanography, the problem surfaced in dramatic fashion early in his career.

On a research project in the 1960s, Jackson found the reefs off Jamaica healthy and beautiful, though with few fish, which were heavily harvested by locals. In 1980, when a hurricane devastated the reefs, he and colleagues published a prediction of how the reefs would recover that proved to be “100 percent wrong,” Jackson said during a Harvard panel on Wednesday.

Though the reefs looked pristine, without fish the rules of how reefs function and grow had changed.

That problem is being repeated around the world. Sea turtles, for example, are only slowly beginning to recover, and their environmental impact today isn’t close to what it was in the 15th century, when their biomass, Jackson said, was likely greater than that of bison in North America.

“What we did in the coastal environments is we removed all the big stuff [from] hundreds of years ago to 50 years ago,” he said.

Despite that challenge, Jackson and a panel of experts at the Geological Lecture Hall sounded an optimistic note on the future of ocean ecosystems.

While 29 percent of the world’s major fisheries are overfished or collapsed, most species are resilient and can recover if managed properly, said Trevor Branch, an associate professor at the University of Washington’s School of Aquatic and Fishery Sciences. However, ocean catches — up fivefold since the 1950s — appear to have plateaued and are beginning to decline.

“We’ve reached the limit of what we can catch from the ocean,” he said.

Branch pointed to the recovery of whales, which had been harvested to near-extinction around the world, as a possible model for fisheries. Antarctic blue whales were thought to number 240,000 in 1930. The regional fishery didn’t close until only 300 were left.

Today, Branch said, the whales have recovered to about 1 percent of their original abundance and, left in peace, could make a full recovery in about 80 years.

Branch and Jackson were joined by John Pandolfi, a research fellow at the University of Queensland’s School of Biological Sciences, and Elizabeth Wolkovich, an assistant professor in Harvard’s Organismic and Evolutionary Biology Department. The event was the first in a Harvard University Center for the Environment series examining human impact on ecological systems. Mary O’Connor, an assistant professor at the University of British Columbia, served as moderator.

The idea that the planet has entered a new geological era called the Anthropocene, marked by global human impact on natural systems, is gaining greater acceptance from biologists and geologists, according to Wolkovich.

Scientists used to believe they could study wilderness systems to understand how nature works absent human impact, but they are increasingly realizing that even the most seemingly wild places are affected by human activity. Factors include climate change, the loss or introduction of species, and pollution.

“There’s virtually no system on which humans haven’t left a mark,” Wolkovich said.

That mark is evident on coral reefs, Pandolfi said. By studying the remnants of ancient reefs left high and dry by sea level change, Pandolfi has been able to compare communities of past reef systems against today’s.

What he’s found is that reefs have naturally adapted to changing sea levels, an encouraging sign given projections of climate change-induced sea level rise. The bad news is that today’s reef communities don’t look like those of the past, with species removed or added due to human impact.

“We’re in deep trouble,” Pandolfi said. “Those species that cope well with sea level change are the most endangered by human activity. … With an incomplete community, we don’t know how they’ll respond.”

Though endangered reef communities and overexploited fisheries are cause for concern, the panel found reason for optimism in the global rise of marine sanctuaries, where protected ecosystems are flourishing. In addition, much of the needed management of overexploited species and ecosystems is local, meaning that small changes can make a difference.

“There’s a desperate need in ocean conservation issues to turn things around from all the harm we did,” Jackson said. “At the same time … we can turn it around.”