Added caution on pregnancy and alcohol 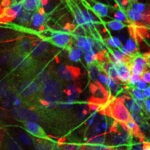 If you’re a sexually active woman of childbearing age, either use birth control or don’t drink. That’s the latest message from the U.S. Centers for Disease Control and Prevention (CDC). The agency cited the oft-hidden damage of fetal alcohol syndrome.

Fetal exposure to alcohol carries a risk at any dose, with the potential to harm both the body and the brain, said Michael Charness of Harvard Medical School, an expert on the neurological effects of alcohol.

The Gazette spoke with Charness, chief of staff for the Harvard-affiliated VA Boston Healthcare System, about the CDC’s recommendations, the response by some that they’re intrusive, and the science behind fetal alcohol syndrome.

GAZETTE: A lot of people have heard of fetal alcohol syndrome, but what specifically is it and what are the symptoms?

CHARNESS: Fetal alcohol syndrome includes a specific pattern of minor facial anomalies … a thin upper lip, short palpebral fissures — the space between the inner and outer corners of the eye — and a smooth nasal philtrum — the little groove right underneath the nose. Having a couple of those facial anomalies is the first criterion.

The second criterion is either pre- or postnatal growth deficiency. There are different systems for defining this, but less than the 10th percentile [of normal growth] is used in the United States. Evidence of central nervous system dysfunction is the third criterion, either structural brain abnormalities or a head circumference that is [in the lowest] 10 percent of the population.

These criteria are being re-examined … to include something important, which is neuro-behavioral dysfunction. The truth is, while the facial anomalies help us identify children who have been exposed at a very specific time during gestation, they’re really not a source of distress, and being small is a minor source of distress.

What really produces the morbidity and creates a terrible burden for individuals, families, and for communities are the behavioral and cognitive deficits that make alcohol-induced behavioral teratology one of the most common — if not the most common — causes of intellectual disability. It’s really the behavior problems that lead to social problems and interactions with the justice system, the cognitive deficits that lead to delayed development, difficulties in school, and ultimately difficulty in getting jobs and being able to function normally in society.

GAZETTE: Many people think that alcohol is a danger to fetuses only if the mother drinks heavily during pregnancy. How common is it?

CHARNESS: A method that’s being used more widely now is to do a population-based estimate. A common way that’s been accomplished around the world has been to go into first-grade classrooms in a school district, examine a sample of children and determine the prevalence of fetal alcohol syndrome or fetal alcohol spectrum disorder.

But if you look for the umbrella diagnosis of fetal alcohol spectrum disorder, the data published to date estimates that among first graders in the U.S., the prevalence is somewhere between 2.4 and 4.8 percent — a prevalence that is equivalent to or greater than that for autism spectrum disorders.

GAZETTE: Is that a key driver of no-drinking recommendations? This is something that is completely preventable?

CHARNESS: I can’t say it enough times. This is a devastating disorder that is completely preventable if fetuses are not exposed to alcohol during pregnancy. Alcohol is an environmental teratogen [a chemical that causes birth defects] and FASD is caused by drinking during pregnancy.

Animal studies have established very clearly that alcohol [causes birth defects], it’s not other factors, though certainly other factors can exacerbate the effects of alcohol. There is really no established safe threshold — in studies of cells or animals — for alcohol exposure on brain development. And consequently we really should adhere to the surgeon general’s recommendation that women who are trying to conceive or who are pregnant should not drink at all.

GAZETTE: So a glass of wine now and then isn’t safe? You should avoid it completely during pregnancy or attempts to conceive?

CHARNESS: A very sensitive period for alcohol’s effect on development occurs before many women know they’re pregnant. That’s another reason why [fetal alcohol syndrome] is so prevalent.

The uncertainty over whether even one drink, taken once during a critical period in pregnancy, is safe is a reason for pregnant women to refrain from drinking. At the same time, the uncertainty in some of the clinical data should be of some comfort to women who have already had a drink or two before they discover they’re pregnant.

Let’s consider the risks and the benefits: The risks of moderate drinking are evident in some human studies, and there’s very good evidence for harm in animal studies. But the comparative benefits of drinking are pretty meager, if you think about it. You feel good for a while and then you don’t. Is that worth the risk?

GAZETTE: To segue to the CDC’s recommendation that women of reproductive age who might get pregnant should refrain from drinking, which reaches beyond those thinking about raising a family, is this an unreasonable intrusion, a wise precaution, or something else?

CHARNESS: I think what they’re saying is that women should not drink at all if there’s a chance that they might be pregnant and that when women of childbearing age stop contraception then they should stop drinking.

In the CDC publication, it was actually married or cohabiting women who were more likely to drink while pregnant than single women. They speculated that it might be because they [married or cohabiting women] were more relaxed about not using contraception. But one of the paradoxes, especially for women who depend on barriers, like condoms, for contraception, is that alcohol intoxication increases the risk for unsafe sex.

GAZETTE: Is this a wakeup call for people who might be casual about sex and alcohol?

CHARNESS: The data have scary implications, which is that there are millions of women every month who are drinking under circumstances where they might be pregnant. That is of great concern. About half of women don’t recognize they’re pregnant at a time when alcohol may already have damaged their fetus.

The period when the facial anomalies that characterize full-blown fetal alcohol syndrome appear is somewhere between the 17th day after conception and maybe the 32nd. At 28 days — or shortly thereafter — a pregnant woman has barely missed a period. And certainly between then and the second missed period is when most of the damage occurs that produces the full-blown fetal alcohol syndrome.

A lot of women just don’t know they’re pregnant at these early, vulnerable stages of fetal development, and I think that’s the reason the CDC emphasizes that if you are having sex without contraception, then you shouldn’t drink.

GAZETTE: Some women have protested that the government is trying to tell them what to do with their bodies.

CHARNESS: The surgeon general’s advisory on alcohol and pregnancy was issued to alert women to the risks of drinking during pregnancy. The CDC has elaborated on this advisory by highlighting the high prevalence of drinking and sex without contraception in women of childbearing age. They further point out that fetal alcohol spectrum disorders can result from drinking during the first six weeks of pregnancy, when many women are unaware of their pregnancy. Knowledge is power, and this information should empower women to make healthy choices for their unborn children.