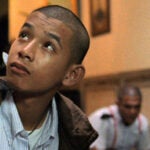 Spring events preview: What to experience this season

Alumni can vote in spring; results announced on May 26

This spring, alumni can vote for a new group of Harvard Overseers and Harvard Alumni Association (HAA) elected directors. The official candidates’ names appear in ballot order below, as determined by lot.

Ballots will be mailed no later than April 1 and must be received in Cambridge by noon on May 20 to be counted. Results of the election will be announced at the HAA’s annual meeting on the afternoon of Commencement on May 26. All holders of Harvard degrees, except Corporation members and officers of instruction and government at Harvard, are entitled to vote for Overseer candidates. The election for HAA directors is open to all Harvard degree holders.

The HAA’s nominating committee has proposed the following candidates in 2016:

Candidates for Overseer were nominated by petition:

Candidates nominated by the HAA for Elected Director: