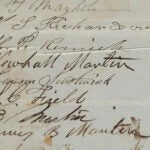 Born on May 31, 1931, in Bellevue, Ohio, the son of a grocer, Kaiser became a page in the U.S. Senate in 1944 and then won scholarships to Philips Academy, Andover, and Harvard, where he remained until retirement. While a student, he published several poems in The Harvard Advocate, and one in The New Yorker, in 1956. He graduated magna cum laude in 1954, received his Ph.D. in 1960, and was made professor of English and comparative literature in 1969. From 1988 to 2002 he served as director of Villa I Tatti, the Harvard University Center for Italian Renaissance Studies in Florence. His leadership profoundly shaped I Tatti, and he said those were among his happiest years; he always felt that he truly belonged to the northern Mediterranean, especially to Greece and Italy. He wrote often for The New York Review of Books and was an erudite teacher of Shakespeare.

He is survived by two children, Miranda and David, three granddaughters, his brother, Bob, and many godchildren.

Contributions in his memory may be made to the Walter Kaiser Fund for the Biblioteca Berenson at Villa I Tatti, Harvard University.