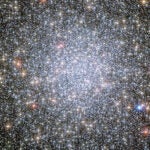 For Harvard computer scientists, entrepreneurship is often a fulfilling extension of their cutting-edge research

“The best tools and products are invented when you solve a problem that you have in your own work,” says Ryan P. Adams, “because even though you think your problems are special, they’re sometimes very common.”

Adams, assistant professor of computer science at the Harvard John A. Paulson School of Engineering and Applied Sciences, speaks these words sagely, but he didn’t realize how true they would be when he was wrestling with neural networks a few years ago. In Toronto and then in Cambridge, he was tackling a particularly thorny problem involving prediction and optimization with Jasper Snoek, now a postdoctoral fellow at the Paulson School, and Hugo Larochelle, now at the Université de Sherbrooke in Quebec.

From that research, an idea was born that would soon turn heads in Silicon Valley.

“We were frustrated, trying to figure out how to tune some algorithms we had come up with,” Adams recalls. “We ended up building this tool for ourselves, and it worked surprisingly well. It caught fire in the community in a way we didn’t expect.”

The software they created, a machine learning tool that optimizes the expensive and noisy functions that often arise from data-analysis problems, found applications in difficult research projects across the Harvard campus. “We were collaborating with people designing biomedical robots and turbine blades or solving chemistry problems, and it rapidly made progress,” Adams says.

Before long, the team noticed that developers at Netflix were using an early, open-source version of the software, codenamed Spearmint, to experiment with deep learning.

“We realized it was starting to be used in industry, and people were calling us asking if they could buy it,” Adams says. “At the same time, machine learning — and deep learning, in particular — was taking off as something many technology giants were investing in.”

The team had grown to include Alex Wiltschko, a graduate student at Harvard Medical School, and Kevin Swersky at the University of Toronto. Among the five of them, they had a set of academic credentials that most other machine-learning startups would envy. But they didn’t have much business experience. They reached out to Harvard’s Office of Technology Development (OTD), which partnered with the group to protect the intellectual property and launch a startup named Whetlab. (The OTD also helped ensure that the code would remain freely available for research and noncommercial use.)

“He set us straight,” Adams recalls. “He told us exactly how to do it.”

Just 15 months after Whetlab was founded, the startup was acquired by Twitter.

“That’s what we do”
It’s hardly the first time a Harvard computer scientist has launched a successful company; computer science alumni are at the helm of Zappos, TripAdvisor, and Mark43 — and many of the faculty who taught them have been entrepreneurs, too.

Four years after she arrived at the Paulson School, Margo Seltzer, Herchel Smith Professor of Computer Science, co-founded Sleepycat Software to commercialize the database software Berkeley DB. Her company rode the dot-com wave of the late ’90s and took off. Adams calls it a “wild success.”

“The timing was wonderful, and we claim no brilliance for it,” Seltzer says. “It was a stroke of good fortune, as many successful startups are. We ran the company for a decade, and we were profitable the entire time.” Sleepycat was acquired by Oracle in 2006.

“It takes a huge amount of work, and a willingness to put in the first 40 hours and then the second 40 hours,” Seltzer says. “But that’s what the academic environment is. That’s what we do. Being a professor is not a job; it’s a lifestyle. It’s what the university is about.

“As much as I love being in the research and teaching environment, I really do enjoy interacting with customers,” she says. “I like building stuff that people use, and so the idea of actually getting some fruits of our labor into people’s hands and making their lives better was really appealing.”

It’s not a one-way street, notes Harry Lewis, Gordon McKay Professor of Computer Science. “Invention is a cyclical process,” he says. “Translating a good technology into a product or service that people will want and be willing to pay for can inspire new research ideas.”

Research by faculty at the Paulson School has led to a number of promising startups in recent years. Whether using droplet-based microfluidics to analyze genomes, deploying software to facilitate active learning in the classroom, or commercializing robotic graspers, 3-D printers, quantum cascade lasers, or liquid-infused slippery surfaces, new ventures are helping ensure that innovations reach the public. Harvard University research led to 14 new companies in the 2015 fiscal year alone.

“They want to be thought leaders, to lead through impact,” says David Parkes, George F. Colony Professor of Computer Science, Harvard College professor, and area dean for computer science. “That really motivates some faculty — and maybe even seeing other people in your field who are doing something similar and thinking, ‘You know what? I can do better than them.’

“The time I spend in industry, and especially in startups, is quite inspiring,” he says. “In the classroom, it shows students that you’re in touch with what’s actually going on. Being able to say ‘The theoretical concept we’ve just described is having this kind of impact in industry right now,’ that’s huge.”

Research at the frontier
“Another important factor, I think, is that CS at Harvard is by design outward-facing,” Lewis says. “Our faculty are leading research programs that intersect with many other areas of science, social science, medicine, law, and so on. They have expertise in many of the hottest areas, and that naturally leads to commercial opportunities.”

A flurry of faculty hires in computer science points to some emerging areas of strength, particularly in robotics, systems, machine learning, and artificial intelligence.

“I’m happy to say that we’re touching the modern frontier of where computer science is,” says Parkes.

Referring to his own area of algorithmic economics, he explains, “There’s a lot of very powerful R&D happening in industry where they have an existing market design and data to drive improvements, but generally they can’t ask — and they won’t ask — ‘What is the completely different design that might be better?’”

In other words, the intellectual diversity and academic freedom of the university setting lend themselves to a more deeply creative approach to problem-solving.

Students arrive on campus with a similarly diverse range of interests, and while many Harvard computer science graduates do end up in the nation’s top CS departments, a future in academia is by no means the default. “It’s about finding out what they want and then helping to position them for those careers,” Seltzer says.

Numerous programs and resources to encourage innovation and collaborations across fields have sprung up across Harvard, particularly in the past few years, contributing to an environment far more supportive than the one Seltzer knew a decade ago, when she sold Sleepycat.

“It was barely noticed when we got acquired by the prime company in the area,” she recalls. “There has always been entrepreneurship going on under the radar, something to do in the background, whereas now it’s much easier to do it in the foreground and be open about it.”

Parkes credits “the happy combination of outstanding professors, very talented students, and a local ecosystem that is welcoming to startups, with the right venture capital, the right office spaces, the right public transportation, the right schools.”

Not to mention, it’s fun. “There’s nothing like trying to build something that people want,” Adams says.