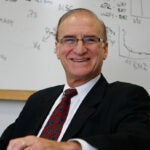 Harvard University and the Harvard Union of Clerical and Technical Workers (HUCTW) are pleased to announce that they have reached a tentative agreement on a new three-year contract to provide employees in HUCTW with an annual pay increase program, changes in health plan design, and other policy initiatives.

“We resolved challenging issues in a constructive way to the benefit of HUCTW members and the University,” said Katie Lapp, Harvard executive vice president. “Both parties came to these negotiations in good faith and we are pleased that our work produced an agreement acceptable to both sides. We value the work of HUCTW members, and we look forward to our continued collaboration on behalf of the Harvard community.”

“Our union and the University have been wrestling with issues related to health care for quite a long time,” said HUCTW Director Bill Jaeger. “This agreement represents a very good outcome on those tough questions, and we’re hopeful it will usher in a new era of collaboration.”

The agreement, which is subject to ratification by union members, would be effective retroactively from Oct. 1, 2015, and remain in effect through Sept. 30, 2018. The ratification vote is expected to take place Feb. 25.

Key issues addressed in this contract include:

The prior HUCTW agreement with the University expired on Sept. 30, 2015, but its terms remained in effect throughout the negotiating period.

Negotiations with the union began in the spring of 2015. Representatives of the University and the union met more than 40 times, in full-table negotiations and, starting last fall, with mediators engaged at the request of both sides.

Mediators Lawrence Katz, the Elisabeth Allison Professor of Economics at Harvard, and Robert McKersie, professor of management emeritus at the MIT Sloan School of Management, played a crucial role in reaching this agreement, and the parties said they are very grateful to them for their hard work and their fair and thoughtful assistance.