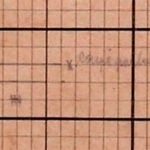 Researchers will soon undertake one of the largest-ever long-term clinical trials of a system designed to help regulate blood sugar levels of individuals with type 1 diabetes mellitus. If the scientists’ so-called artificial pancreas system performs in patients as they hope, it could lead to commercial trials and eventual regulatory approval in the United States and abroad.

With $12.7 million in support from the National Institutes of Health (NIH), the system developed by a team of researchers from the University of Virginia (UVA) School of Medicine and the Harvard John A. Paulson School of Engineering and Applied Sciences (SEAS) will be tested in 240 patients at nine sites in the United States and Europe. The two six-month trials will begin early this year, in collaboration with other institutional partners.

Already one of the most common chronic disorders, the incidence of diabetes is increasing worldwide. According to the U.S. Centers for Disease Control and Prevention, 1.25 million Americans have type 1 diabetes. In people living with the disease, the body’s immune system attacks and destroys the insulin-producing beta cells of the pancreas so that little or none of the insulin needed to regulate blood glucose is produced. Diabetics must vigilantly monitor blood-glucose levels and, when necessary, administer doses of insulin via either needle injections or an infusion pump. Failure to maintain proper blood-glucose levels by managing insulin can cause life-threatening hypoglycemia, or low blood sugar, as well as other complications.

Frank Doyle, dean of the Harvard John A. Paulson School of Engineering and Applied Sciences, explains his efforts to develop an artificial pancreas.

“To be ultimately successful as an optimal treatment for diabetes, the artificial pancreas needs to prove its safety and efficacy in long-term pivotal trials in the patient’s natural environment,” said principle investigator Boris Kovatchev, director of the UVA Center for Diabetes Technology. “Our foremost goal is to establish a new diabetes treatment paradigm: The artificial pancreas is not a single-function device; it is an adaptable, wearable network surrounding the patient in a digital treatment ecosystem.”

Through a match of control engineering with medical practice and behavioral science, the artificial pancreas system is designed to supply the appropriate levels of insulin by not only reacting to changes in the body, but accurately predicting future blood glucose levels.

The artificial pancreas is not a replica organ; it is an automated insulin delivery system designed to mimic a healthy person’s glucose-regulating function. The closed-loop system consists of an insulin pump, a continuous glucose monitor placed under the user’s skin, and advanced control algorithm software embedded in a smartphone that provides the engineering brains, signaling how much insulin the pump should deliver to the patient based on a range of variables, including meals consumed, physical activity, sleep, stress, and metabolism.

The artificial pancreas is not a replica organ; it is an automated insulin delivery system designed to mimic a healthy person’s glucose-regulating function.

“The idea is that this can lead to an improved quality of life for individuals with this disease — not a solution to diabetes, but a means to really extend the quality of their healthful living,” said co-principal investigator and engineering lead on the project, Francis J. Doyle III, dean and John A. and Elizabeth S. Armstrong Professor of Engineering and Applied Sciences at Harvard SEAS.

In the first of the two trials planned as part of the new NIH-funded study, 240 patients with type 1 diabetes will test the safety and effectiveness of the artificial pancreas for six months while going about their normal daily routines. The control-to-range artificial pancreas system for this trial was developed at UVA and is now licensed to TypeZero Technologies. The artificial pancreas will be compared with a standard insulin pump on two key measures: how well blood-sugar levels are controlled and whether the risk of hypoglycemia is reduced.

The second trial will follow 180 patients who completed the first study for an additional six months to test the advanced adaptive control algorithm developed by Doyle’s Harvard team. That system is based on zone model-predictive control (zone MPC), a strategy originally developed by Doyle and colleagues in a seminal paper published in 1996. Rather than regulating glucose levels to a specific point in the same way that a home thermostat keeps room temperature at a precise setting, zone MPC defines an acceptable range for an individual’s glucose levels and controls variables to stay within it.

“The biggest challenge in the design of the artificial pancreas is the inherent uncertainty in the human body,” Doyle noted. “Day to day, hour to hour, the various stresses that impact the human body change the way it responds to insulin-controlling glucose. Physical stresses, anxiety, hormonal swings will all change that balance. To be able to control for those factors we need to see longer intervals of data. This is the first trial where we’ll be looking at multi-month intervals of time with cohorts of subjects where we can actually see a long enough window to learn those patterns, to adapt and fine-tune the algorithms, and to improve the overall level of glucose control.”

In addition to UVA and Harvard, the institutions that comprise the International Diabetes Closed Loop Consortium and will participate in the clinical trials include Mount Sinai Hospital, New York; the Mayo Clinic; Stanford University; the University of Colorado; the University of Padua, Italy; Regional University Hospital Center of Montpellier, France; the Academic Medical Center, Amsterdam; and the William Sansum Diabetes Center, Santa Barbara; with coordination by the JAEB Center for Health Research in Florida.

The UVA/Harvard award is the NIH’s largest commitment under a $20 million program the agency announced in 2014 to fund advanced clinical trials to test the safety and efficacy of artificial pancreas systems. The goal is to acquire the data necessary to satisfy requirements for regulatory approval by the U.S. Food and Drug Administration (FDA) and other international agencies. The NIH announced awards to three other teams earlier this year, awarding the University of Cambridge $6.4 million, the Diabetes Wireless Artificial Pancreas Consortium (comprised of diabetes centers in Germany, Israel, and Slovenia) $2 million, and Boston University/Massachusetts General Hospital $1.5 million.

Doyle and SEAS senior researcher Eyal Dassau, who were collaborators at the University of California, Santa Barbara, before joining Harvard in the fall of 2015, are also part of a team working on a pediatric version of the artificial pancreas system as well as an implantable version of the device.